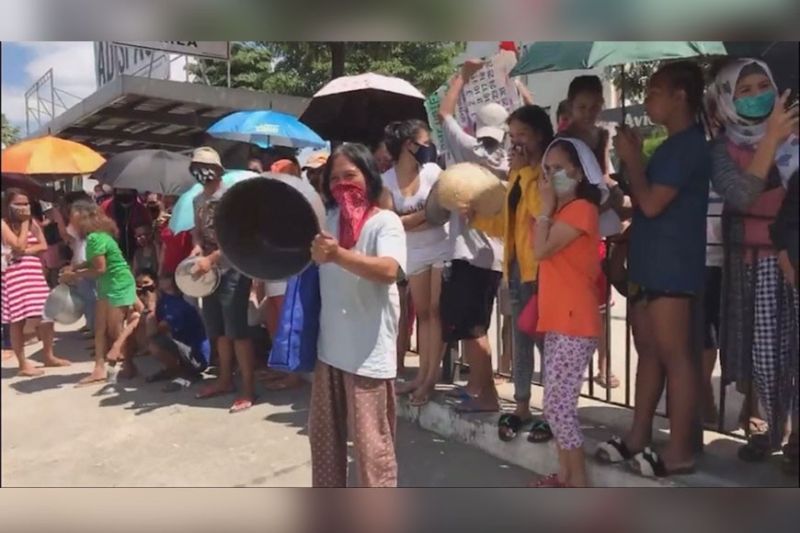 THE Quezon City Government has denied claims by protesters from Barangay Bagong Pag-asa, saying food packs have been distributed and some of the residents have admitted to receiving such food packs.

In a statement issued later Wednesday, April 1, the local government said Quezon City Mayor Joy Belmonte has instructed city personnel to review the list of beneficiaries to make sure nobody has been inadvertently left out.

Belmonte has also asked the Quezon City Police District to release the 20 residents who were arrested with a warning that they could be penalized for “using a crisis situation to incite chaos, anarchy, panic, confusion and sedition”.

The local government issued a statement several hours after over 100 residents held a protest action to demand the release of the food assistance promised by the government.

Here is their statement in full:

The Quezon City government wishes to clarify the unfortunate incident that occurred this morning at Sitio San Roque. First, the local government and Brgy. Bagong Pag-asa deny media reports that no food packs have been distributed in the area.

In fact, there is continuous distribution of food packs throughout the city, both from the local government and the barangays to ensure that affected families are looked after during this crisis period. As per COA guidelines, all recipients of food packs must be properly documented and the city government wishes to assure the public that this is strictly being complied with, and documents are available for scrutiny in the interest of transparency.

Nevertheless, the mayor has instructed city personnel to review the list to make sure nobody has been inadvertently left out.

Based on interviews conducted by Task Force Disiplina led by action officer Rannie Ludovica, of residents who were along North Edsa, it was revealed that they were allegedly informed by an individual purportedly from a TV crew that food packs would be distributed to them this morning and that the DSWD would allegedly be distributing cash.

After reaching the area, the residents discovered that there was no food or cash distribution.

Instead, they were allegedly instigated by yet to be determined personalities to hold a rally and claim that the local government has not distributed any food packs in their area. Upon further questioning however, some residents acknowledged that they did receive food packs.

The Mayor however appeals to the leadership of the QCPD to release the detainees in the interim for humanitarian reasons, with a warning that following the President’s directive that using a crisis situation to incite chaos, anarchy, panic, confusion and sedition is punishable by law under the Revised Penal Code and the Bayanihan To Heal As One Act.

The sectors most affected by the enhanced community quarantine are reminded that if they have not yet received their food packs, they may report this to their respective barangays.