First round of relief to be completed on April 3 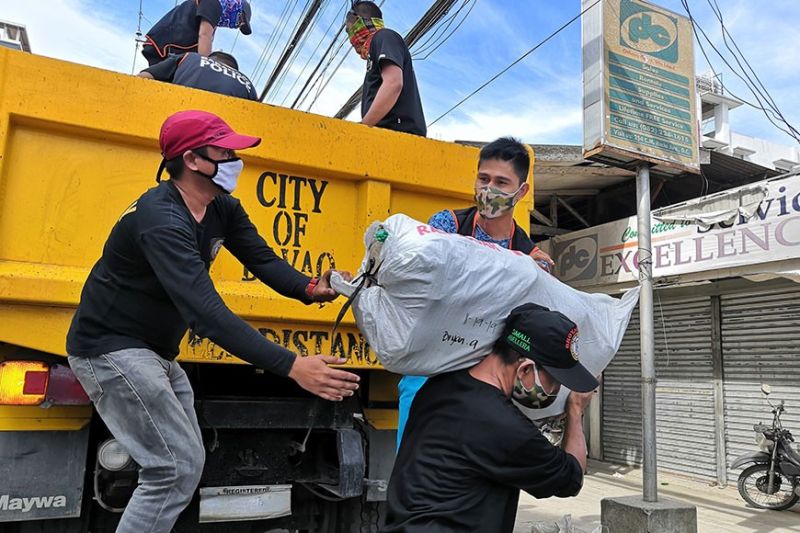 AFTER several delays in its distribution, Davao City Mayor Sara Duterte-Carpio said the city government is targeting to distribute its first round of relief goods distribution to all 182 barangays in the city on Friday, April 3.

Duterte-Carpio said they target to distribute the goods to an estimated 332,626 families affected due to the community quarantine imposed by the city amid the coronavirus disease (Covid-19) pandemic.

After the first round is done, she said they will immediately prepare for the second round as they are catching up in giving these goods to indigent individuals.

Duterte-Carpio earlier said they target to distribute the goods weekly. The goods are expected to last for six to seven days.

“Supposedly, dunay mga days nga mulabay for their consumption sa ilahang rasyon, and then ihatag ilang ration. But sa kadaghan sa atoang mga ginadistribute nga food packs, dili na siya wala na nasunod atong timeline. Diretso-diretso na ta maghatag sa atoang relief goods distribution (We intended to distribute it on a specific time frame. But because of the volume of food packs we are distributing, we were not able to follow our timeline. Instead, we will be distributing it continuously),” the mayor said on Wednesday, April 1, in a radio interview on 87.5 FM Davao City Disaster Radio.

The mayor admitted the slow pace in repacking due to the needed amount of goods that are to be distributed. She added the problem faced by the suppliers and repackers also contributed to the delay.

Duterte-Carpio previously said the city government, through the City Social Welfare and Development Office (CSWDO), is distributing an estimated 10,000 packed goods to 30 barangays per day. However, she said it was trimmed down to 5,000.

Ration distribution on weekends, the mayor said, were also suspended to maintenance-checking of trucks being used, which also caused some delays in the distribution.

Another challenge is the sourcing of the rice that they are distributing, she said.

She said they already sourced their rice distribution from the National Food Authority (NFA).

With this, Duterte-Carpio said families are expected to receive NFA rice in their rationed goods.

She understands that some are complaining of its quality, which she saw from photos reported by the families to them.

She said they cannot assure of a “good quality” from NFA rice as compared to the “slightly expensive” rice they previously distributed.

“Tungod atong suppliers wala’y makuha sa ilang suppliers og bugas (Our suppliers had a hard time sourcing their supplies from their respective suppliers). We were forced to buy from NFA,” Duterte-Carpio said.

Meanwhile, she encouraged those who have not yet received, or have complaints on their received goods, to report it to CSWDO through the contact numbers posted on the official Facebook page of the City Government of Davao.