Ti’amo Italia per sempre (A series of encounters) 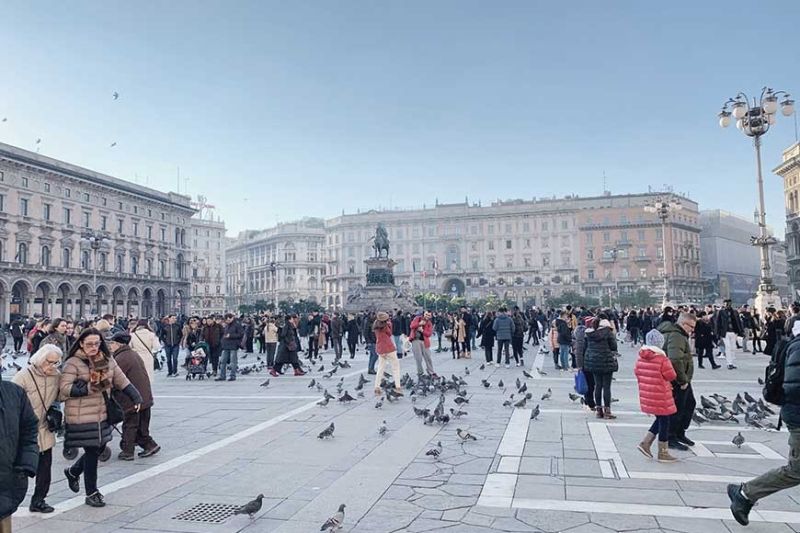 LOCALS FOR THE DAY. At Piazza Del Duomo. 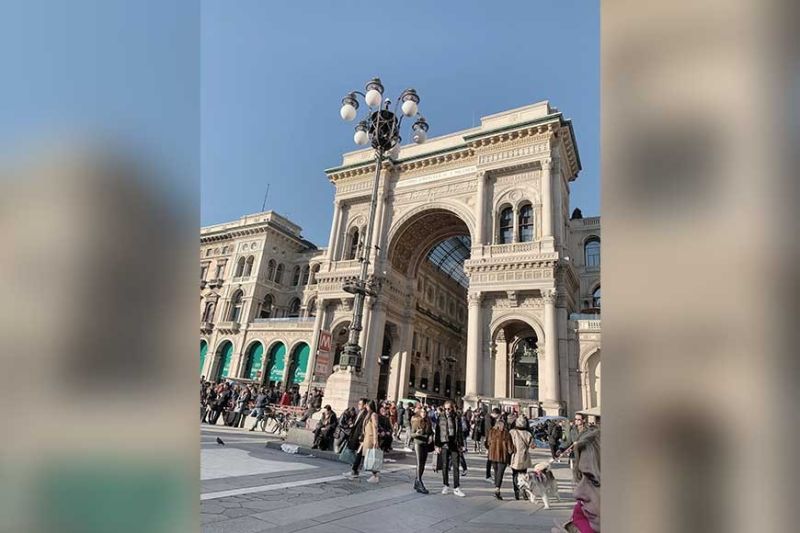 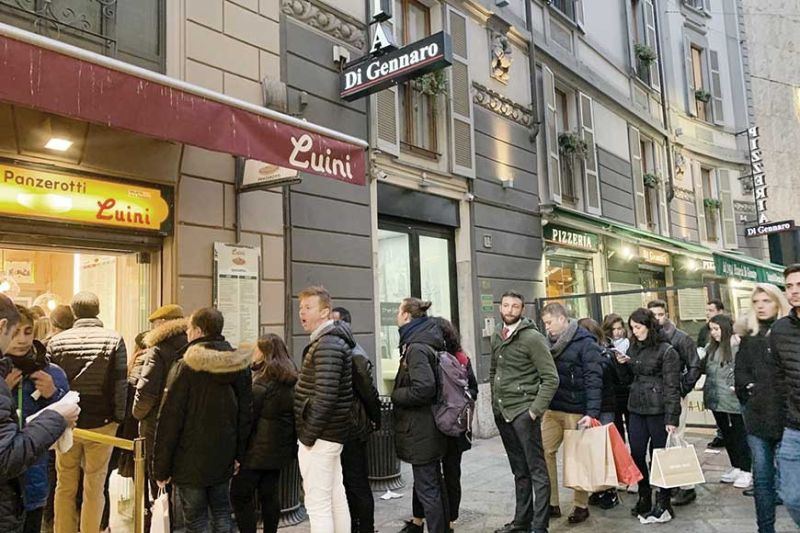 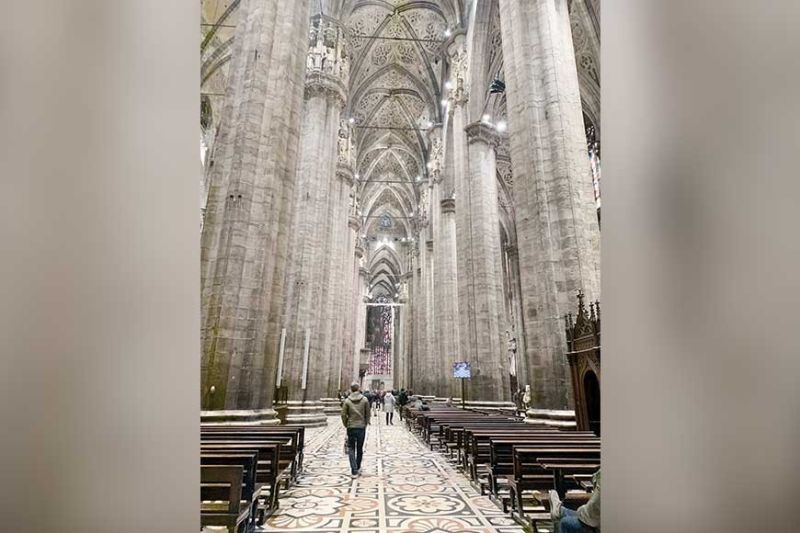 Breathtaking pillars inside the Duomo. 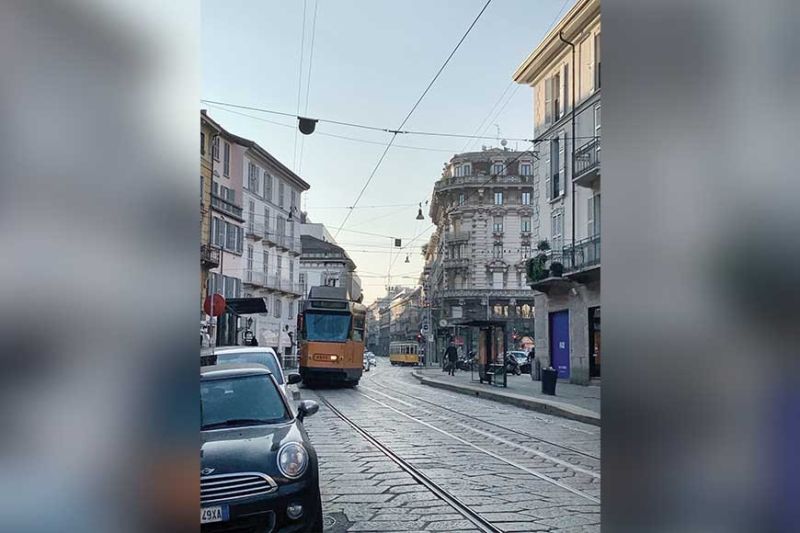 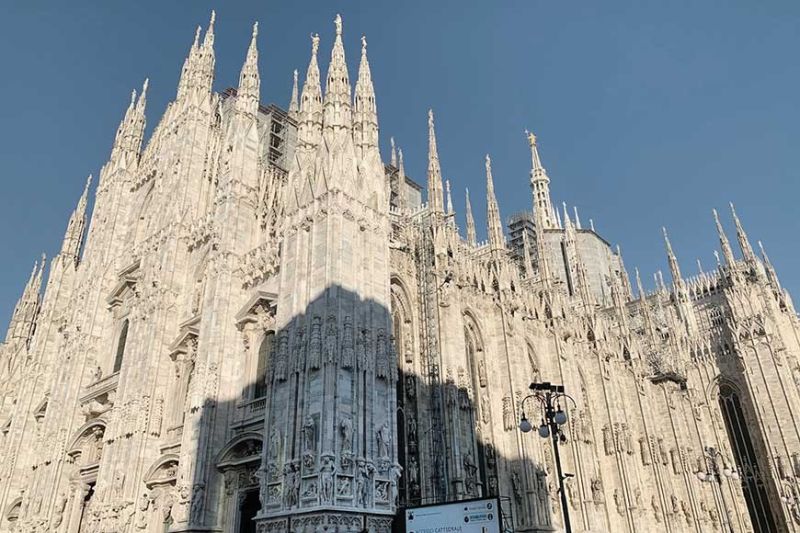 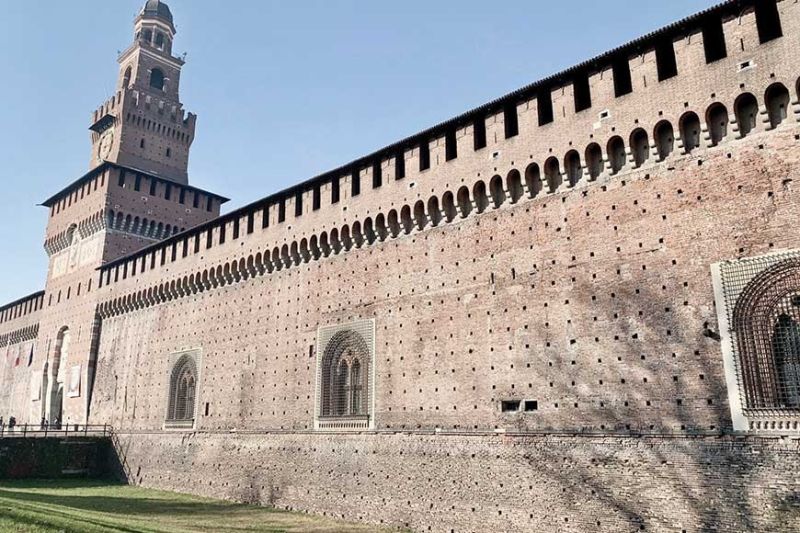 Every step I have taken in my life

has led me here, now

HERE is my love letter to you...

There is so much darkness billowing around Italy now. I was crying inside when we left Milan last January. I mumbled “Arrivederci,” as we quietly left the neighborhood of Brera (our home during our short vacation). Luggage in tow, my husband and I made our way to the train station in the wee hours of the morning. The bakeries and cafés were just opening and we could hear echoes of “Buon giorno!” as we were walking by.

I inhaled really hard in an effort to take it all in. Mi cara, my dear, my dear Italy...until we see you again. It will be soon, I thought, but little did I know fate had other plans.

Running on very little sleep, we arrived in Malpensa airport trying to look as “put together” and coherent as possible. I wasn’t about to step into Milan looking disheveled and jet lagged. No, let’s fake wakefulness and strut about reminder of Italy’s hard-fought battles, the losses and its unwavering resilience. (Much like today. Let me not digress lest I find myself in a puddle of tears). The castle now houses museums and art collections. Surrounding it is a picturesque area to stroll or run - depends on what spectrum you tend to lean towards and how much pasta you have consumed.

We made it to our apartment on Via Madonnina, a cobblestone street lined with local shops, restaurants and cafés. Che bella! What a beautiful cozy home! Yes, I will call it home.

There is such joy in knowing how to speak some Italian when it comes to ordering food. We made it to Panzerotti Luini - a local favorite. They sell these soft-as-a-pillow fried dough delights. You can have something savory or sweet. We wanted to be purists for our first indulgence. I had prosciutto and mozzarella and my husband had salame piccante and mozzarella.

One of the main attractions, both for locals and tourists, is the Duomo di Milano, the cathedral in Milan. It was winter, so it was not as packed. It was still bustling, particularly on a sunny Saturday afternoon.

“Scusi per favore,” we found a spot on the steps outside the Duomo and basked in the sights and the sounds of Italian life. There was animated chatter and an unmistakable accessory that almost everyone was carrying - a shopping bag (some had multiples). The fried dough that I had just consumed must have momentarily clouded my brain. Be still my heart (and credit card). Milan’s fashion was about to cast a spell on me.

Practically next to the cathedral is Galleria Vittorio Emanuele II. Named after Victor Emmanuel II, the first king of Italy, the galleria is Italy’s oldest active shopping mall and is considered one the major landmarks of the city. Milan certainly didn’t disappoint! It is fashion opulence and breathtaking architecture taking over your senses all at once.

Yes, it is true. The Milanese are beautiful people. Beautiful and warm and funny. They are welcoming and inclusive.

There are more encounters to be relived and stories to be told about my chosen happy place and the unbroken spirits of its people.

Arrivederci - I say not. Per sempre. Ci vediamo.