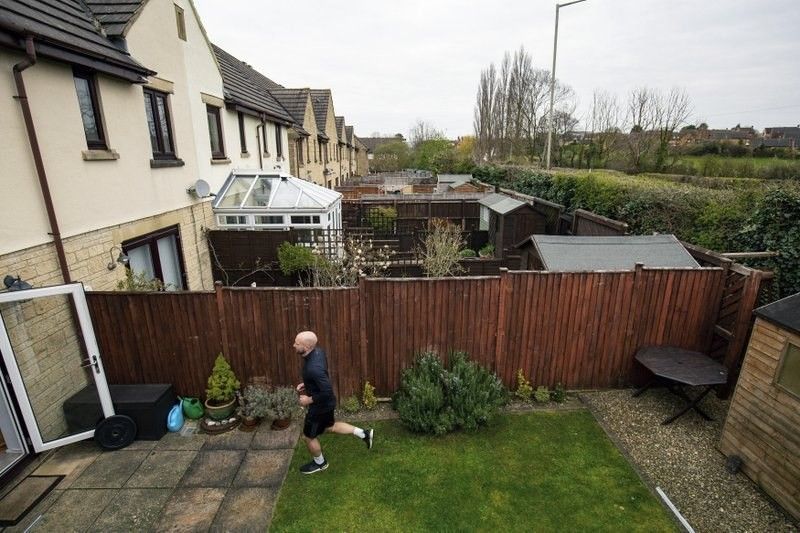 CHELTENHAM. James Campbell ran 7,000 times around his backyard to complete his marathon in five hours. (Photo by AP)

CHELTENHAM -- Being stuck at home didn’t stop a British man from running an outdoor marathon.

James Campbell, a former professional javelin thrower, spent his 32nd birthday on Wednesday doing 6-meter shuttles from one end of his small backyard to the other after promising to run a marathon if one of his Twitter messages received 10,000 retweets.

By the time Campbell completed the marathon in just over five hours, he had raised more than $22,000 for Britain’s National Health Service to help battle the coronavirus pandemic.

The effort — labeled the #6metregardenmarathon — was live-streamed, with former England football great Geoff Hurst among the viewers. Neighbors poked their heads over the backyard fence to give Campbell encouragement.

Campbell ran across a patch of grass, some stones and a small patio in six-meter stretches. He calculated he would have to traverse his yard at least 7,000 times to reach 42.2 kilometers. (AP)