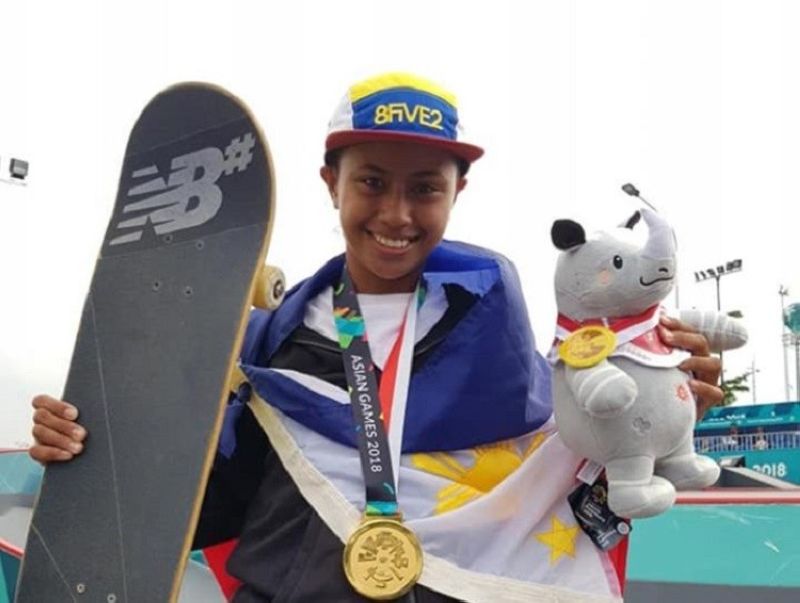 CEBU. Margielyn Didal added another feather in her cap as she landed on Forbes Asia magazines “30 Under 30 Asia” list for 2020, together with four other young Filipinos. (SunStar file)

CEBUANA skateboarder Margielyn Didal added another feather to her cap as she landed on Forbes Asia magazines “30 Under 30 Asia” list for 2020 together with four other young Filipinos.

Didal, a gold medalist in the 2018 Asian Games and the 30th Southeast Asian (SEA) Games, is one of the 30 honorees under the Sports and Entertainment Category, along with world artistic gymnast champion Carlos Yulo.

The annual listing of Forbes acknowledges 300 individuals from 10 categories who are considered as change-makers and innovative leaders “who are ready and equipped to adapt to the future may hold.”

“For the fifth year in a row, our team at Forbes Asia has put together a list of the best talents from the Asia-Pacific region who are tackling just about everything, from AI innovations to online funeral services to stylish pet products,” read part of Forbes’ article.

The magazine said the 300 personalities were selected from more than 3,500 nominations, researched by a team of reporters and vetted by an A-list panel of judges who are leaders in their industries. This year the honorees represent 22 countries and territories across Asia-Pacific.

The other three Filipinos who are on the list are Francis Plaza, founder of payments processing platform PayMongo; Louise Mabolo, founder of The Cacao Project; and Breech Asher Harani, a multimedia artist at Alexandrite Pictures.

The Lahug, Cebu native Didal had humble beginnings as a daughter of a carpenter and sidewalk vendor. She started skating in the streets and even got busted by security guards.

She first made waves when she landed at eighth place in the 2018 Street League Skateboarding Series, the most prestigious skateboarding competition in the world. She then won a gold medal in the 2018 Asian Games in Jakarta and two gold medals in the 2019 SEA Games in Tagaytay City.

For her milestones, the 20-year-old Didal was named by Cebu’s sportswriters as the Athlete of the Year in the 37th Sportswriters Association of Cebu-San Miguel Brewery All-Cebu Sports Awards in February.