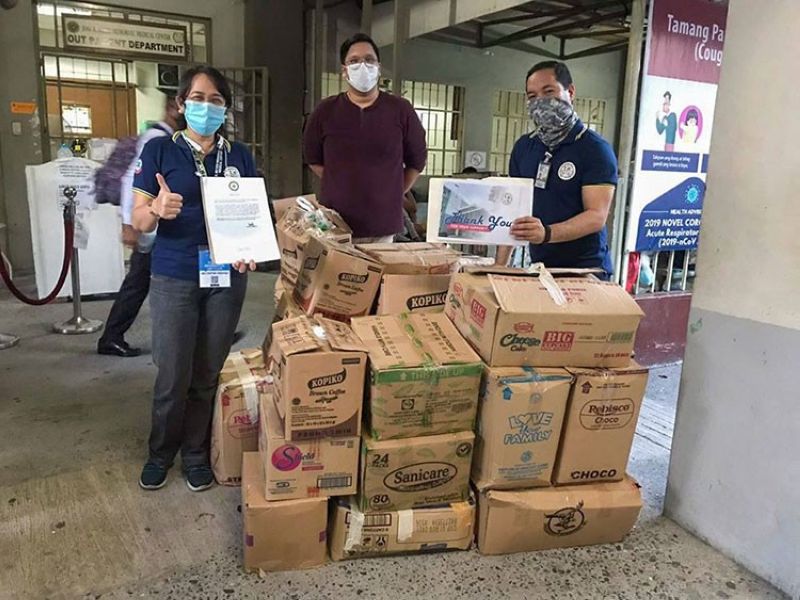 MANILA. The Office of the Vice President sends boxes of food and other assistance to the Jose Reyes Memorial Medical Center. (Photo from VP Leni Robredo’s Facebook)

VICE President Maria Leonor “Leni” Robredo will continue her relief efforts despite the call of an anti-graft commissioner to have her investigated for competing with government efforts to address the coronavirus disease (Covid-19) outbreak, her spokesman Barry Gutierrez said Thursday, April 2.

Gutierrez described the statement of Presidential Anti-Corruption Commission (PACC) Commissioner Manuelito Luna as “so ridiculous, so inappropriate, so out of touch.”

“The PACC statement is so ridiculous, so inappropriate, so out of touch, that I had to verify if it was really true. I am deeply disappointed that it was,” Gutierrez said in a statement issued on the same day.

Another PACC commissioner, Greco Belgica, has clarified that the call for investigation was Luna’s personal opinion and does not reflect the commission’s sentiments.

Gutierrez said the Vice President was merely doing all she can to help health workers, government institutions, and ordinary Filipinos overcome the challenges that came with the Covid-19 outbreak.

As of April 2, Gutierrez said the Office of the Vice President has delivered PPEs to over 100 hospitals, clinics, and LGUs nationwide. There are still nearly 500 requests. At least P40 million has been raised for these relief efforts.

Luna, in his statement earlier Thursday, called on the NBI to investigate Robredo for allegedly seeking “illegal solicitations” and for conducting relief operations that compete with those of the national government agencies.

“Anyone who insists that bringing much needed assistance to hospitals, health workers, and poor Filipinos is somehow a ‘competition’ has absolutely no understanding of the gravity of the crisis we are all facing,” Gutierrez said.

He said that aside from the OVP’s efforts, there are other private initiatives.

“And I am certain that all these groups that have come together to help, the OVP included, would only be too thrilled if national government agencies came in with their larger budgets and bigger organizations to provide all the equipment and supplies that these institutions need,” Gutierrez said.

“Besides, is the largest crisis the world has faced since World War II really the best time to talk about investigations, particularly of people who have done nothing except do the best they can to help out? I leave it to the PACC, and the rest of national government leadership, to answer this question for themselves,” he added. (MVI/SunStar Philippines)