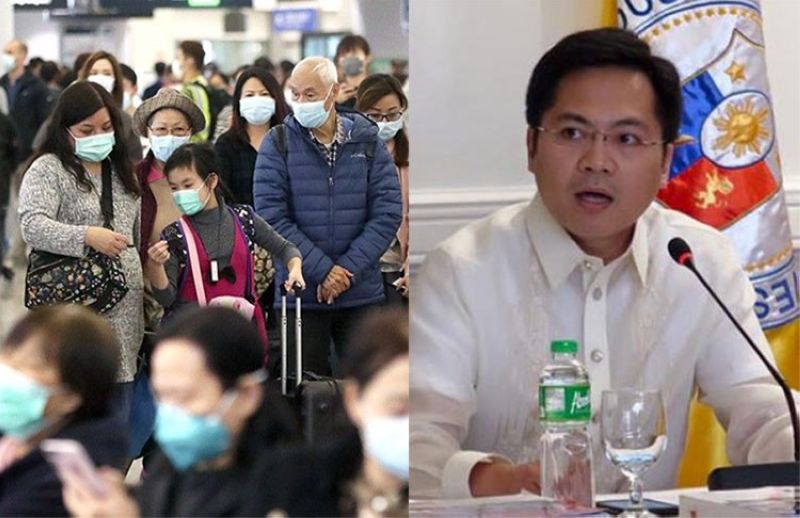 [1] DUTERTE'S ORDER TO SHOOT, KILL VIOLATORS. In his TV address Wednesday night, April 1, the President ordered soldiers to shoot leftists groups and individuals inciting people against the government and police to detain until after the quarantine public officials profiting from the crisis by pocking public funds. The PNP chief's explanation the day after: Duterte was just over-emphasizing the need to implement the law.

[2] REQUESTS TO CATHOLIC CHURCH FOR A SPECIFIC MASS TO ASK GOD TO END THE PANDEMIC. Vatican recognizes the requests but the liturgical text Pope Francis approved to be used for the coronavirus ("Mass in Time of Pandemic") just prays for the victims of Covid-19, relief from their pain and strength to those who care for them, welcome "into your peace" those who died, and "throughout this time of tribulation" give them "comfort in your merciful love."

Cebu City Mayor Edgardo Labella's executive order (#66) requiring the wearing of face masks in public places and public utility vehicles within the territory of the city is dated April 1, Wednesday, and was announced on that day.

Karlo Nograles, spokesman of the Inter-Agency Task Force for the Management of Emerging Infectious Diseases, announced the IATF guideline the following day, April 2, Thursday. The agency's order requires the wearing of face masks in localities where the "enhanced community quarantine" (ECQ) is imposed. The ECQ is in force in the entire province and cities of Cebu.

Mayor Labella, in "preempting," the IATF by several hours, either:

[1] Received the IATF's new order and quickly obeyed by issuing the E.O. on the same day and Nograles was just delayed in announcing it in Manila digital press-con; or

[2] Thought of it ahead of the IATF, but maybe not before Leyte Governor Dominic Petilla who was reported to have adopted it earlier in Leyte (when the IATF's new memo was announced, he publicly commented that it "affirmed" the step he has already been taking in his province).

With the IATF order on mask-wearing, Mayor Labella's E.O. is being propped up by a national law that vests special powers in the president. In the fight against the coronavirus, the IATF and the president's office are the lead agencies. The law gives the national government the authority to lay down programs and strategies to overcome Covid-19.

The new IATF directive authorizes the local government unit, where an ECQ is in force, to pass an ordinance or issue an executive order requiring the wearing of face masks with "appropriate penalties" for violation of the mask-wearing rule.

The mayor's E.O. imposes for violation the penalty of a fine of not less than P20,000 but not more than P50,000 or imprisonment of not less than one month but not more than six months, or both at the discretion of the court. The penalty is lifted from Republic Act 11332 (Mandatory Reporting of Notifiable Disease and Health Events of Public Health Concerns). Whether the penalty is "appropriate" is yet to be determined. Some people consider it "very heavy" and may not be the proper penalty as the prohibited acts under the said law don't include non-wearing of face masks and are much more serious than "mere failure to wear a handkerchief or a bandana."

Neither the IATF directive or Labella's E.O. is strict about the standards for the face mask. IATF: "ear-loop, indigenous, re-usable, do-it-yourself, face shields, handkerchiefs and bandanas." Meaning, almost anything that can cover the face and the nose, no matter how ineffectively. Not like the law on helmets for motorcycle riders, which sets standards of the helmet they must use.

Expect various kinds of face masks to appear on the public scene. What the IATF order and the mayor's E.O. do not mention and may not have anticipated is the Filipino's penchant to take off the mask and just hang it from the neck, as many motorcyclists do with their helmet.