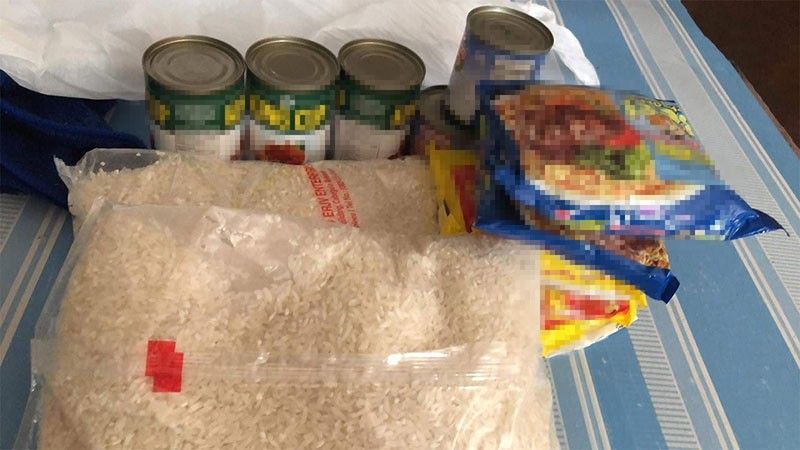 WHILE some residents in Davao City have already received their rationed goods from the city government, there are those who raised concerns over its unequal distribution.

Aryang Desu, a resident of Barangay 37-D, complained that she only received two kilos of rice, and a few canned goods and noodles.

As a single mother who only rents a room at a boarding house, Desu can’t help but notice that her neighbor, who has many children and relatives, has five kilos of rice, 12 pieces of canned goods, and nine pieces of noodles.

She said she already reported it to the barangay regarding her concern. However, the official she spoke with said that it is only the amount they give to those who stay at boarding houses.

She also observed that her fellow boardmates, consisting of three in a household, received enough supply of the goods.

She also said not everyone from their barangays had received the goods, including some of her boardmates, despite having their names already listed.

When she returned to the barangay hall, which is only located in front of their boarding house, an official said they will be given in the second round of the distribution.

One of her neighbors, Emz, also a 37-D resident approached her, expressing the same sentiment as hers.

Davao City Mayor Sara Duterte-Carpio, on Thursday, April 2, said in a radio interview they anticipated that there would be complaints regarding the food packs.

Duterte-Carpio urged complainants to report it to the City Social Welfare and Development Office (CSWDO) through its rationed goods hotline, posted on the official Facebook page of the City Government of Davao.

She said they should include the important details, as each food pack has codings per barangay.

“We need them to tell us unsa nga barangay sila, ug unsa ang color sa plastic bag sa ilang food pack, and unsa’y content ana para mahibalo kita kung unsa nga supplier (what barangay they belong to, and the color of the plastic bag where the food pack was placed, for us to determine its supplier),” Duterte-Carpio said on 87.5 FM Davao City Disaster Radio.

CSWDO head Maria Luisa Bermudo said they can also approach to their nearest barangay center since a CSWDO social worker is deployed per barangay.

Bermudo, however, said that there are barangays who also initiate their own ration distribution, giving additional two kilos of rice from the already packed goods from the city government.

“Pero ato lang gihapon sutaon para ato mahibaw-an kung giunsa siya gipack (We need to look into how it was packed),” she said.

She also reminded the barangays cannot repack the goods as the amount of goods inside were already counted in the inventory of the distribution.