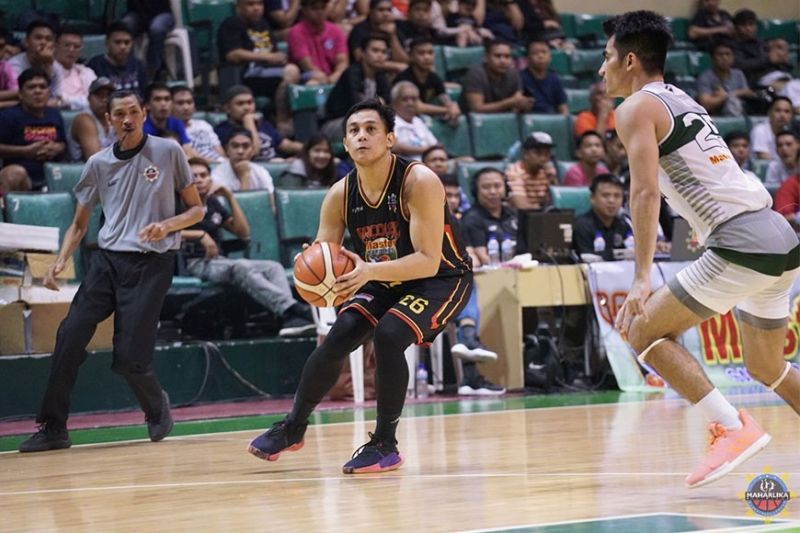 Cebuano star Macmac Tallo is making a return to Bacolod after briefly playing for Manila in the MPBL. (MPBL)

CEBUANO basketball star Macmac Tallo is making a return to the very same team that spurned him midway through the season in the Maharlika Pilipinas Basketball League (MPBL) — the Bacolod-Master Sardines.

Tallo, a former two-time Most Valuable Player winner in the Cebu Schools Athletic Foundation Inc. is excited about the development as he was immediately signed up by Bacolod not long after Manila was ousted in the MPBL playoffs this season.

Tallo’s return to Bacolod comes out of nowhere especially after Bacolod dumped him in October of last year. However, Tallo said he has already sat down with head coach Vic Ycasiano and ironed things out prior to his return.

“I’m very happy because I’m supposed to be with them from start to finish and because I’m already familiar with the coaches and management,” said Tallo, who briefly played in the PBA for both Talk N Text and NLEX.

After not getting much playing opportunities on the Manila squad, the situation has apparently reinvigorated Tallo especially in his preparation for the upcoming season.

All eyes will now be on the 6-foot-2 guard with former Bacolod stalwart Pao Javelona no longer with the team. Joining him now in this Bacolod squad is another former pro, JK Casiño, who briefly played for Rain or Shine in the PBA.

Tallo said he is targeting a top five finish for Bacolod in the South division, and then, hopefully, make some noise in the playoffs. He still hasn’t lost sight of another goal of his — to make a return to the PBA.

“I’m eyeing the bigger prize. I think if I play well, I can make my return to the PBA next year,” he said. (JNP)