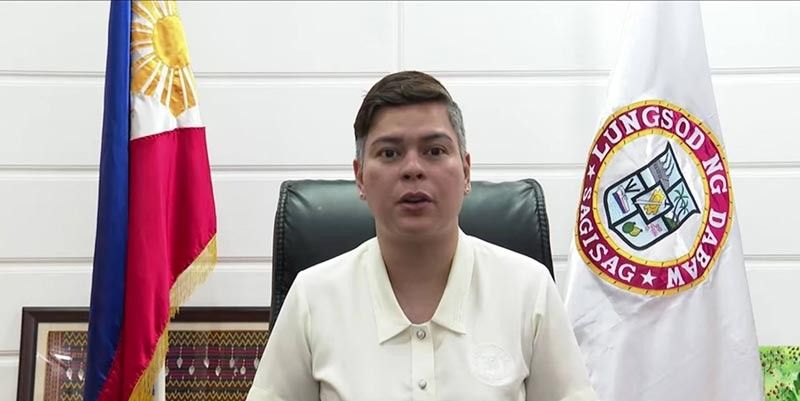 In an issued statement posted on Friday, April 3, Duterte-Carpio denied issuing the statement, which has been making the rounds on social media and has been shared and reposted by supporters of her father, President Rodrigo Duterte.

“Everything about the said article was never mine — from the misspelled ‘Sarah’ to the glaring grammatical errors to the ridiculous syntax or to the whole idea of federalism,” the mayor said.

She said the posted “article” was “insulting”, and that the author “should be ashamed of themselves for the horrible work they have done with the article and for manipulating and fooling the public”.

She also called out those who shared the posts.

“Those who have read the article, shared it on their social media accounts, and were convinced that the views expressed there were actually mine should be equally ashamed of themselves for agreeing to become propagators of fake information apparently manufactured to peddle an agenda,” the mayor said.

The mayor reminded the public, especially the supporters of the President, to be cautious in dealing with information online.

She also asked them to support the administration in fighting against Covid-19.

“The Duterte administration is facing a formidable enemy these days and President Rodrigo Duterte needs the support of the entire country to bring the enemy down, protect the public from infection, and prevent more deaths,” she said.

The post, entitled “Mayor Inday Sara Duterte’s point of view”, has been circulating online after President Duterte announced on March 31 that the national government has allotted a total of P200 billion worth of aid for low-income households, farmers, and fisherfolk, amid the Covid-19 pandemic.

The post was quoted to have blamed the LGUs for not supporting the President’s call for a federal-type of government, which was now felt during the Covid-19 pandemic.

“Why are you blaming Duterte for the 200 Billion? HE RELEASED THAT! Blame your LGUs!! This is what you get for having a centralized government. This is why Duterte wanted Federalism but you dumb***es think it’s some sort of Martial Law. Now, you blab your mouth cos you did not feel the 200 Billion? [sic]”, the post reads.

“This is just cause and effect. You blame the President yet all he knows is that he released it. Imagine how many official heads that the money has to go through before it reaches your hand. A LOT! [sic],” it added.