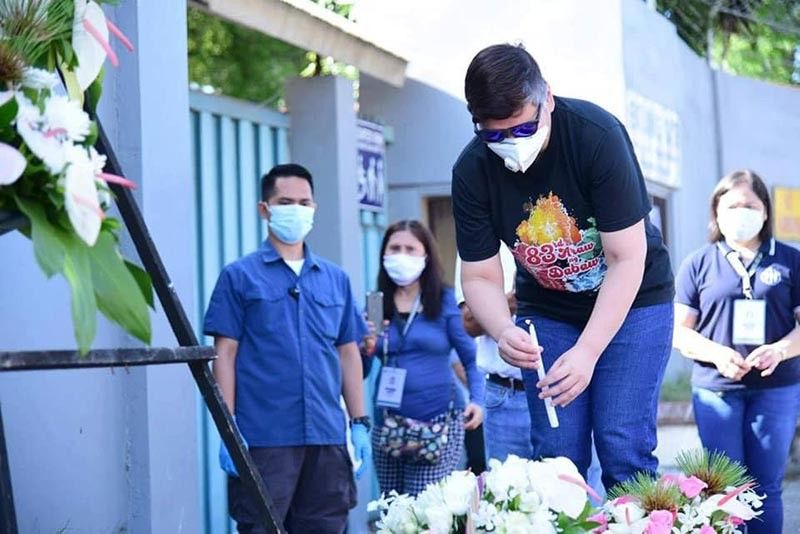 AMID the threat of the coronavirus disease (Covid-19) in Davao City, the local government commemorated the tragic Sasa wharf bombing, on behalf of the surviving victims and families.

Davao City Mayor Sara Duterte-Carpio led the commemoration ceremony of the bombing incident, which happened 17 years ago, that killed 16 people and injured 48 people.

Unlike in previous years, this year only Duterte-Carpio and some few top city officials attended the commemoration ceremony on Friday morning, April 3.

“Nagbutang pud ta og flowers para sa mga kalag atong mga tao nga namatay (We offered flowers for the souls of the people who were killed) during the Sasa wharf bombing. Nag-alay pud ta og (We also lighted) candles for the eternal repose of their souls in the hands of the Lord,” Duterte-Carpio said.

The mayor said they decided not to invite the victims nor their families to avoid mass gathering, which is stipulated in her previously issued executive orders to prevent the spreading of Covid-19.

City Social Welfare and Development Office (CSWDO) head Maria Luisa Bermudo said the city government has allotted almost P6 million for the educational assistance of the family of the victims.

Meanwhile, Duterte-Carpio also bared they will conduct a simple wreath-laying ceremony for the Araw ng Kagitingan on Thursday, April 9.

Only few key officials will be invited. (RGL)