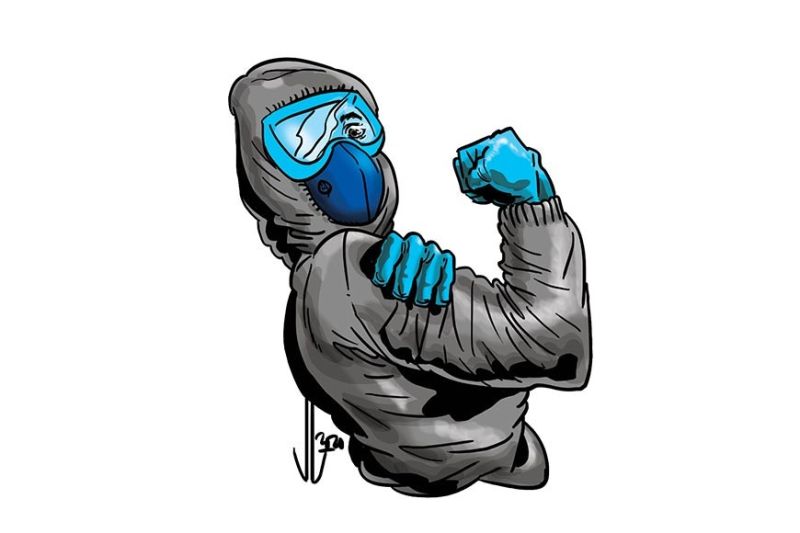 PEOPLE’S responses to the Covid-19 pandemic are fascinating.

I love how brave a good friend from high school, who now works as a nurse in New York City, is being. It makes me so proud to know that the kind and beautiful girl I was privileged to call my friend all those years ago has grown into a selfless (and even more beautiful) individual who suits up and fights this battle in a way that most of us will never have to do.

I loved seeing a Facebook video by another classmate from high school, who had persuaded her husband to dance with her (from a safe distance) to a song from the Mamma Mia soundtrack. Both of them are in their scrubs. How she finds the strength to be so upbeat — given that she works as an emergency room nurse in Baltimore — inspires me.

And then there are the many anonymous frontliners who make our lives more than bearable, from the sanitation teams who collect our garbage to the security guards who keep us safe, to the barangay workers who have gone house to house delivering quarantine passes or essential goods. Let’s not forget the workers who keep our supermarkets, banks, pharmacies and essential services running.

Last week, I saw a call for papers from an association of European sociologists who want to examine how “people are responding in multiple ways, involving both panic and despair, as well as hopefully, creatively and ingeniously, to life in the time of pandemic.”

Did you see those video clips of housebound Italians singing to one another from their balconies? Or that group of Spanish policemen who stepped out of their patrol car and, from a cobblestone street, sing to the citizens they were protecting? Cynics among us may find those stories frivolous or even irresponsible — why romanticize when people should take this crisis seriously?

But I say make no apologies for seizing every moment of joy you can find these days. That’s the second most useful response I can think of in the face of this pandemic.

The first one would have to be: Take every precaution to protect the health of your loved ones, particularly those who are elderly. Keeping your physical distance will get harder as this quarantine drags on, so we’ll have to keep reminding ourselves that this is something we can control.

What would also help: Pay your taxes on time, if you can afford to, even with the one-month extension the national government has granted. Some P200 billion is needed for a program that will include emergency subsidies from some 18 million poor households. That will not yet cover the support needed by businesses, which provide the jobs that 6.6 million Filipino families depend on.

You want to know which response doesn’t do anyone any good? It’s expressing ill will on anyone who disagrees with you or criticizes a politician you idolize. I had promised not to engage in potential arguments on Facebook and just give people their space. But a goddaughter (now grown and a parent herself) who wished that the President’s critics would get infected or fall into depression heard from me. (Call it a godparent’s duty.)

Perhaps I was venting, too. Perhaps I should remember not to judge other people’s responses, because I don’t know what it is exactly that they’re going through.

Some hope will help. It will help to remember that most of the steps we’ve agreed to take have worked before.

Nearly a century ago, during the Spanish Flu pandemic, cities that took a “well-calibrated, early and forceful” intervention not only “experienced a relative increase in real economic activity after the pandemic subsided.” They saved millions of lives.

These cities enforced the same interventions we’re living with now, the economists Sergio Correia and Stephan Luck wrote last week for the World Economic Forum. They closed schools and churches, banned public gatherings, restricted business hours and placed those who were believed to be ill in quarantine. Of course, that caused tremendous strain. But that’s a small price to pay, given what’s at stake.