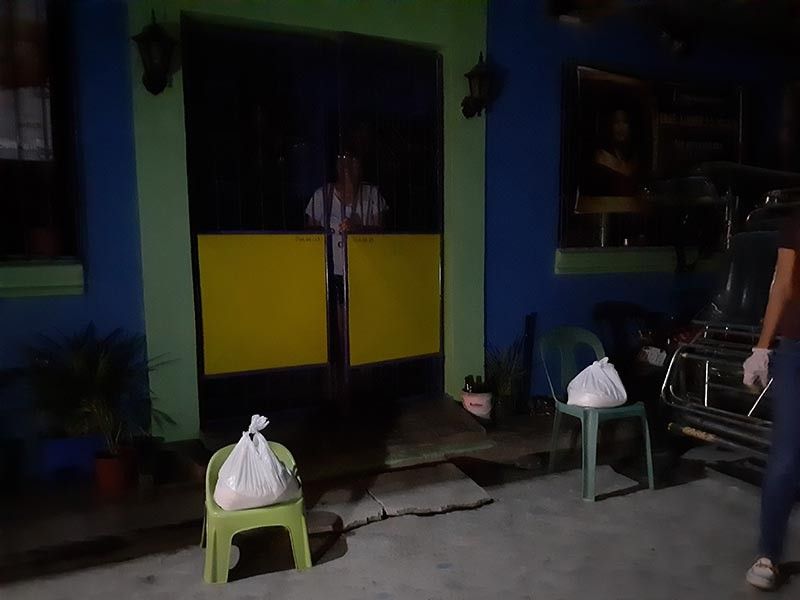 PAMPANGA. A resident set to pick up relief goods left by staff of the Angeles City government working 24/7 to deliver much need assistance. (Photo by AC-CIO)

The food packs were distributed on April 1 to 2 to 50,000 households in the city, which represent the poorest of the poor.

At least 40 elf trucks, 30 jeepneys, 10 pick-up trucks, 600 city hall employees and 800 barangay tanods were utilized for the distribution at the 33 barangays.

Lazatin thanked the employees for their dedication and sacrifices. He particularly cited the staff of the City Social Welfare and Development Office (CSWDO), City Engineer’s Office and Command Center-Barangay Outreach Worker for repacking the food packs since Day 1 of the community quarantine.

“I also thank all those who loaded the food packs and all employees who work today from morning to dawn to deliver the relief goods door to door,” he added.

Lazatin’s chief adviser, Director IC Calaguas, who conceptualized and organized the whole operations, also thanked all the city hall employees for their hard work and dedication.

“It is touching to see city hall employees unite to help our fellow Angelenos. This operation is a lot of hard work. My salute to all those who help make it possible,” Calaguas said.