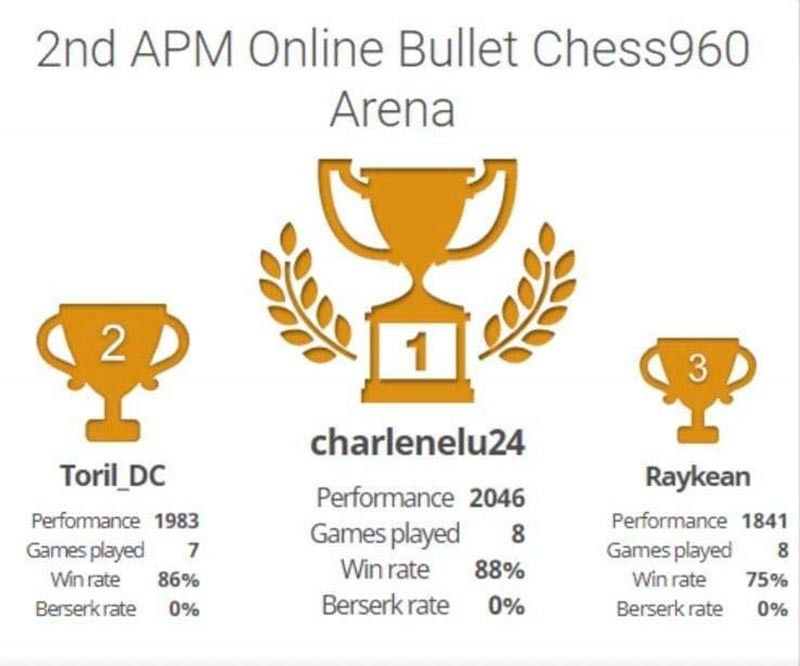 He bested Anthony Mosqueda of Toril (Toril_DC) and Nofre Reyes of Matina (Raykean) who placed second and third, respectively.

Moulic, whose username is charlenelu24, garnered a total of 22 points in the event, only losing one game to good friend Ely Acas in the second round of his total eight matches.

Mosqueda had 21 points while Reyes tallied 20.

Moulic, however, exacted revenge by beating Acas in their sixth round encounter.

The top three winners received GCash worth of loads as prizes.

Acas, meanwhile, said the third edition of the online chessfest is slated to start at 8 p.m. Saturday, April 4.

He bared the only requirement is for players to register a real name lichess account and not use any dummy name.

He will send the tournament password to qualified participants through private messenger (PM).

Chess, through the online medium, has remained an active sport in Davao City and in other parts of the country while under the enhanced community quarantine due to Covid-19 pandemic.

Top 20 chessers after the third leg advanced to the final leg of the meet that will also be played over lichess.org. The chessfest is sponsored by lawyer Jong Guevarra, Jr.