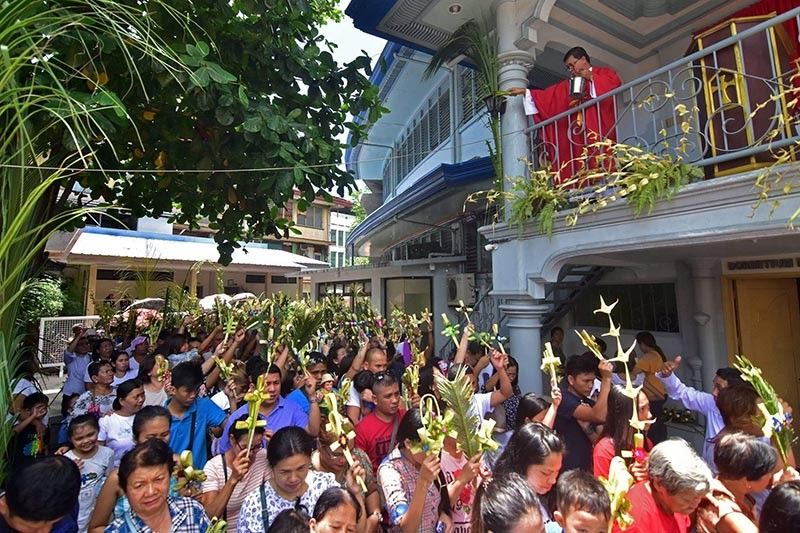 All Masses of the Palm Sunday will be celebrated through online livestreaming, the Archdiocese of Davao announced on their social media pages.

This is in compliance to pastoral advisory issued by Davao Archbishop and Catholic Bishops’ Conference of the Philippines (CBCP) president Romulo Valles, and the Davao City Government issued Executive Order (EO) No. 20, which was later adapted to EO No. 23, that prohibits religious activities amid the pandemic spread of the coronavirus disease (Covid-19).

This is also in response to the recent Vatican guidelines specifically avoiding concelebrations as part of its efforts to prevent the further spread of Covid-19.

According to the pastoral advisory, all liturgical celebration will be broadcasted on radio via DXGN 89.9 Spirit FM-Davao, the official radio station of the Archdiocese of Davao, and will be livestreamed on its official Facebook page.

The Archdiocese also issued guidelines during the Holy Mass, especially during the Rite of Blessing of Palms.

“While a minister reads or chants the Entrance Antiphon, the archbishop or priest enters the sanctuary, goes to the front of the altar, makes the customary reverence towards the altar, turns around, and begins the Mass with the Rite of Blessing of Palms. He blesses the palms prepared for this liturgy with Holy Water and turns around (facing the camera) to bless the palms of the faithful watching through the Facebook livestream [sic],” the pastoral advisory states.

The archdiocese added that online mass viewers and listeners “can hold their palm branches while the Prayer of Blessings of Palms is prayed by the (mass) Presider”.

“In this case, for them who follow the celebration in their homes on our radio, and social media, there is no need for Holy Water to be sprinkled on their palms. The Prayer of Blessings that they see and hear on Facebook Live Stream is sufficient [sic],” the advisory stated.

Valles earlier said in a video message on March 14 that all Masses other church-related activities in the Archdiocese of Davao are suspended indefinitely amid the Covid-19 outbreak, which has now reached in the city.

The archbishop added that Holy Week Masses for Maundy Thursday, Good Friday, and Easter Sunday would continue without public audience.

Meanwhile, Valles, in a previous radio interview, said it will be the first time the Catholic Church will be celebrating the Easter Sunday without any audience since the World War II.

Davao City Mayor Sara Duterte-Carpio had previously prohibited religious activities or any mass gathering, which is a potential cause of mass infection of the virus.

Other church denominations also cancelled their religious activities in compliance of the city order but opted to maximize social media for their regular worship services.