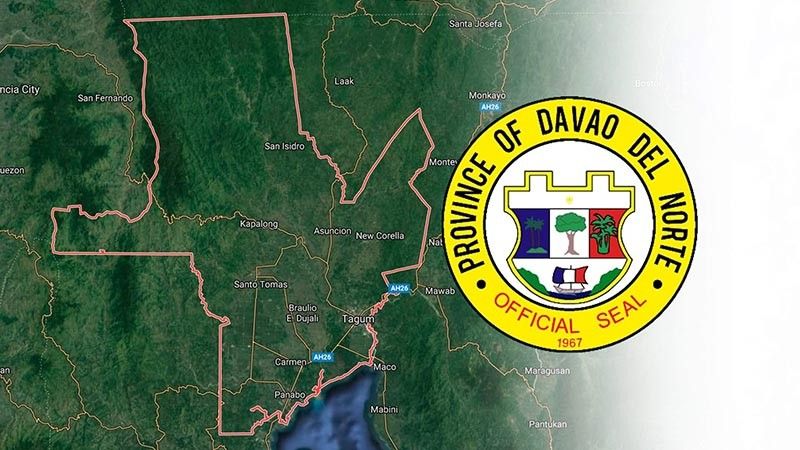 THE entire province of Davao del Norte, except the Island Garden City of Samal (Igacos), will now be placed under enhanced community quarantine (ECQ) effective 12:01 of Sunday, April 5.

As of April 3, 8 p.m., nine Covid-19 cases had been reported in Davao del Norte according to the Department of Health - Davao Region (DOH-Davao).

Under the ECQ, curfew hours will be from 9 p.m. to 5 a.m. the next day, while selling, serving, and consumption of liquor in public area will not be allowed.

However, exempted establishments must strictly adhere to the curfew rules of the ECQ, except pharmacies and medical-related facilities.

Meanwhile, essential sectors such as electricity and water service providers should only work for preventive maintenance and during emergencies. All workers working on exempted establishments must carry their employment ID.

The EO also states that manufacturing, fabrication, and construction work that is not pertinent to the public health emergency and state of calamity response should immediately cease operation.

Transport vehicles must bear appropriate label or signage that they are used for such purposes to help expedite the checkpoint procedure. The EO also suspends the operation of all mass transportation such as pedicabs (motorized tricycle for hire), multicabs, jeepneys, passenger vans, buses, ferry boats and banca.

Meanwhile, all mayors whose municipalities will undergo ECQ are directed to issue quarantine pass per household in their area of jurisdiction. They are also mandated to control and supervise the release and distribution of the passes in their areas.

Barangay officials will supervise the release of the quarantine pass in their respective barangays, and shall ensure the safest and most efficient process in its release to avoid mass gathering.

Quarantine passes, which are non-transferrable according to the EO, shall be used to buy food and medicine, or to go to the hospital. Other purpose for its usage is strictly prohibited.

The EO also said that all individuals on the streets must carry their quarantine pass, work, pass, market ID, or whichever is applicable. In case of an emergency, ID is no longer needed. Those caught without passes outside their homes will be penalized.

Meanwhile, traders, retailers, and wholesalers from other cities and municipalities, but within the province who intend to enter in another city or municipality also within the province to tap goods and supplies must present their business permit or accredited certification from the Mayor’s Office and quarantine pass at the checkpoint for validation before being allowed entry.

All vehicles passing through these LGUs will be escorted in group only within 24 hours from the effectivity of the order. Valid ID is required. Also, they are not authorized to pick up passengers in Tagum, Carmen, and Panabo. Meanwhile, all local government units (LGUs) of Davao del Norte will adopt their own measures and guidelines as they may deem fit in their respective Inter-Agency Task Force pertinent to theimposition of the EO.

Sunstar Davao tried to reach Igacos Mayor Al David Uy through Messenger regarding the exemption of his area on the issued EO, but as of writing, he has not yet responded.

However, in an online message, the Samal Information Office said that while Igacos is politically part of Davao del Norte, the island city is geographically detached from the province.

They added that those who wish to enter Igacos would have to undergo checkpoint in Davao City, which will be implementing the ECQ a few hours ahead of April 4, 9 p.m.

There was no word if Uy would place Igacos under ECQ, considering they have not yet recorded any Covid-positive patients within their jurisdiction. Davao del Norte declared Community Quarantine on March 17, 2020, including Igacos.