No income in wake of Covid-19 pandemic 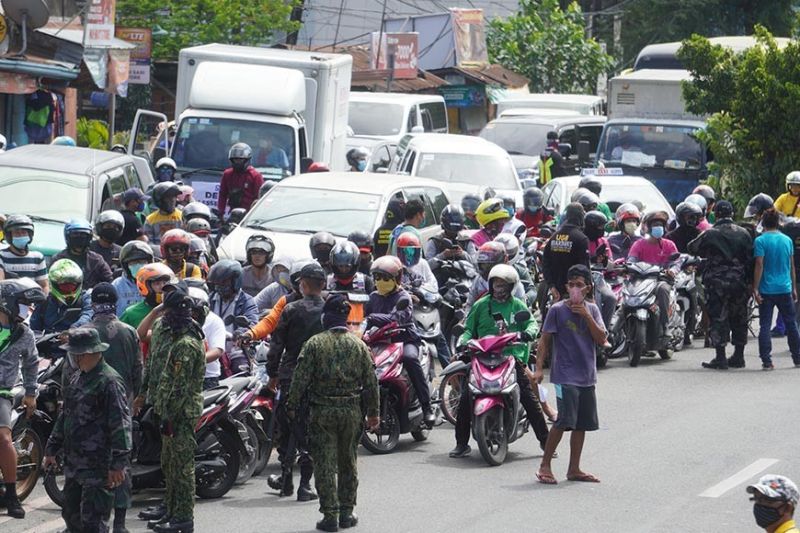 WITH the whole of Cebu under an enhanced community quarantine (ECQ) to prevent the spread of the coronavirus disease 2019 (Covid-19), many office workers are already working at home. However, some workers have been displaced because their job requires labor.

Eduardo Villaban, 55, used to be a production worker for a furniture manufacturing company.

He said before the Covid-19 crisis, the company used to have around 700 employees. When the orders started drying up, some 600 workers, including him, lost their jobs.

Although they will receive half of their 13th-month pay, he said this will not be enough for his family’s daily needs if the ECQ is extended beyond April 28, 2020.

Villaban said he is lucky that he has two daughters who are essential workers to help with finances.

Steffany Ann Digdig, 27, also lost her income as a production worker when her employer stopped operation under the “no work, no pay” policy.

Digdig lives with her mother, who has a small sari-sari store to help them with their daily needs.

While those in the health care profession are considered essential workers, especially in the wake of the pandemic crisis, some, like 27-year-old radiologic technologist Ralph Lozaga, has found himself without an income after the private clinic he worked in stopped operation.

Lozaga said he is now dependent on his savings.

“It’s not that much so when my savings are depleted, it will be difficult,” he said in Cebuano.

Lozaga rents a room in Mandaue City. He is originally from Butuan City, where his mother and younger brother live.

He said he is considering applying at local hospitals to work as a frontliner.

Workers are not the only ones who have been affected by the ECQ.Owners of small business have also been affected.

Elsa Japal Sentillas, 48, said she was forced to close her tailoring shop when the ECQ was implemented.

Her only option is to take out a loan if she wants to pay the rent for her shop and to feed her family.

Sentillas hopes the government will also look after people like her and not only focus on displaced workers. (KFD)