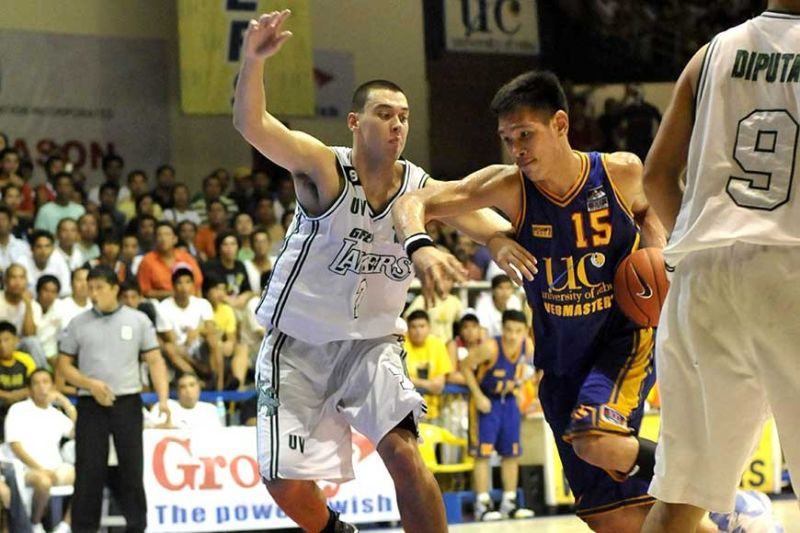 BELIEVE it or not, there was a time when the six-time PBA Most Valuable Player award-winner June Mar Fajardo played like a mortal and had difficulty against specific match-ups in the Cebu Schools Athletic Foundation Inc. (Cesafi).

The humble giant from Pinamungahan, who is still recovering from a fractured leg, led the University of Cebu (UC) Webmasters to two championships and won three MVP awards in the Cesafi. But Fajardo shared that it wasn’t always a walk in the park and cited several players that gave him trouble back then.

“There were a lot of players who I had a hard time with, especially when they defended me,” said the 30-year-old Cebuano legend in Cebuano. “And of course, there’s Greg Slaughter.”

Before suiting up for the Ateneo de Manila Univeristy, Greg Slaughter played four years for the University of the Visayas (UV) and the two giants battled in the Cesafi for a few years and even met in the 2009 Cesafi finals, which Slaughter and the UV Green Lancers won.

“No disrespect to June Mar, the man was also the beast and one of the greats of all time in Philippine basketball but when he and Greg battled it out back in college, Greg would always win the matchup and June Mar had a hard time attacking him in the post,” said Mikey Cabahug, the son of PBA great Elmer Cabahug and a teammate of Slaughter during that championship run.

“I had a hard time scoring against them one-on-one. That’s why coach designed plays for me so I could score easily,” said Fajardo.

The gentle giant added that he never took any of the match-ups personally. Rather, he focused on what the team’s game plan was and just took what the defense gave him.

“I just followed our game plan. Coach Rhoel Gomez had a lot of great plays. He would let the guards create the play. Then I would just stay in the post so I could score easily,” he said.