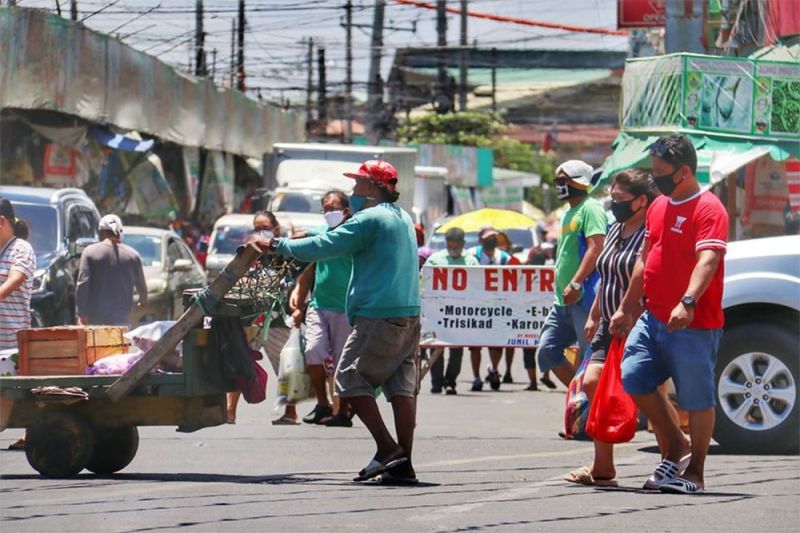 A TOTAL of 240,952 beneficiaries of the Pantawid Pamilyang Pilipino Program (4Ps) in Central Visayas have already received the P6,000 cash aid from the National Government’s social amelioration program (SAP).

Shalaine Marie Lucero, assistant director for operations of the Department of Social Welfare and Development (DSWD) 7, said they already downloaded the said amount into the cash cards of the 4Ps beneficiaries.

Lucero also clarified that only P4,650 was added to the P1,350 regular grant.

In a video conference with the local media on Monday morning, April 6, 2020, Department of the Interior and Local Government (DILG) Undersecretary Jonathan Malaya said the cash aid for 4Ps member households in Cebu, Bohol, Negros Oriental and Siquijor were downloaded on Saturday, April 4, 2020.

But he pointed out that 4Ps beneficiaries are no longer qualified for other forms of financial aid from the government at the height of the crisis brought about by the coronavirus disease (Covid-19).

Malaya said this will give members of the informal economy sector a chance to avail themselves of the government’s programs as well.

Those who belong to the informal economy sectors as identified by their respective local government units (LGUs) are entitled to receive the cash assistance.

These include pedicab, tricycle, and habal-habal drivers; farmers; fishermen; small sari-sari store owners that have already ceased operations; unemployed construction workers due to effects of Covid-19; the vulnerable sectors such as solo parents, pregnant and lactating women, indigenous people, persons with disabilities, senior citizens; and the homeless.

Malaya reminded the public that the count per beneficiary is by household and not by individual.

Lawyer Justin Caesar Anthony Batocabe of the DSWD central office said the DSWD had tapped the DILG, which will then work in close liaison with the LGUs.

As this developed, Malaya said there is an ongoing assessment using data analysis to determine if government should lift the enhanced community quarantine or not.

While he could not divulge details on the analysis, Malaya said what experts are looking into is avoiding a possible relapse or second wave of Covid-19 cases.

“To determine, we need to see if we have flattened the curve. It’s going to be the decision of experts in order to prevent a relapse. We will defeat this Covid-19 if we work together,” Malaya said.

At the DSWD 7, Lucero said they distributed the cash aid to the beneficiaries who have cash cards because the funds were deposited to Land Bank right away.

Lucero said they are studying two options in distributing the cash aid to beneficiaries who do not have cash cards: over-the-counter withdrawal in Land Bank branches and house-to-house distribution.

Lucero said the P6,000 cash aid is based on the Central Visayas minimum wage.

The social amelioration program under Republic Act 11469, or the Bayanihan to Heal as One Act, aims to mitigate the effects of Covid-19.

Its distribution, however, is “subject to the level of need of the beneficiary.”

Lucero said P1 billion will be downloaded to the bank accounts of 30 LGUs that entered into an agreement with the DSWD 7 enabling these LGUs to distribute the cash aid under SAP.

The copy of the social amelioration card cannot be downloaded from the DSWD website and it cannot be photocopied as it has a barcode. The LGUs are tasked to distribute the cards to the barangays, which in turn distribute these to the beneficiaries.

Lucero said there are 132 LGUs in Central Visayas that need to enter into a memorandum of agreement with the DSWD to fast-track the distribution of cash aid for the months of April and May.

Lucero earlier said the barangay officials and the LGUs must keep in mind that the count per beneficiary is by household and not by individual.

In Cebu City, Mayor Edgardo Labella tasked the Department of Social Welfare and Services to coordinate with barangay officials in identifying the SAP beneficiaries.

He asked the personnel of the Mayor’s Information ang Liaison Office to not get involved in the process so as to prevent allegations of politicking.