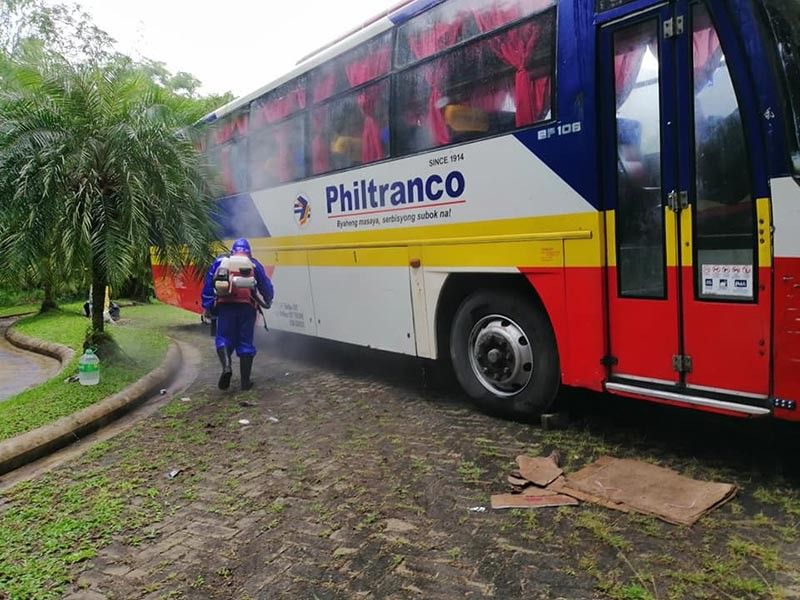 THE 33 passengers of Philtranco bus, coming from Manila, have returned home after completing the 14-day quarantine period without manifesting signs and symptoms of the coronavirus disease (Covid-19).

The bus arrived at the borders of Pasian Monkayo, Davao de Oro on March 21. However, the bus was not allowed to enter due to the region-wide community quarantine implemented in Davao Region beginning March 19 to limit the entry of people outside the region.

However, the Philtranco bus carrying 33 passengers including a one-year-old child arrived two days after the quarantine took effect. The public was alarmed considering that the vehicle came from Manila where the local transmission of the virus in the country was first confirmed.

Instead of forcing them to go back to their origin, they were temporarily housed in a facility owned by the Provincial Local Government (PLGU) of Davao de Oro at Lamdag Agri-Eco Tourism Farm near the checkpoint.

“It can be recalled that the Provincial Government of Davao de Oro gave support as they catered the needs of the stranded passengers who were pulled over in the borders of Pasian Monkayo, Davao de Oro last March 21,” Davao de Oro province said in a statement.

The passengers were from various towns outside the province. Following the report, the PLGU coordinated with their respective LGUs prior to their release.

While awaiting the completion of their quarantine period, the provincial government has provided them with accommodation and food assistance.

Before they were sent home, the provincial government likewise provided them with goods as well as medical certificates to each passenger as proof that they are now in good condition after being quarantined for 14 days as one of the precautionary measures set by the government.

During their quarantine period, a driver and a passenger were classified as patients under investigation but later on tested negative from the highly infectious disease.

“With the helping hands made by various government agencies spearheaded by the Provincial Government of Davao de Oro, these passengers will now be back to their families and are still advised to continually observe measures related to fighting Covid-19.,” the provincial government said.