Cockfight derby could have been stopped, says Davao mayor 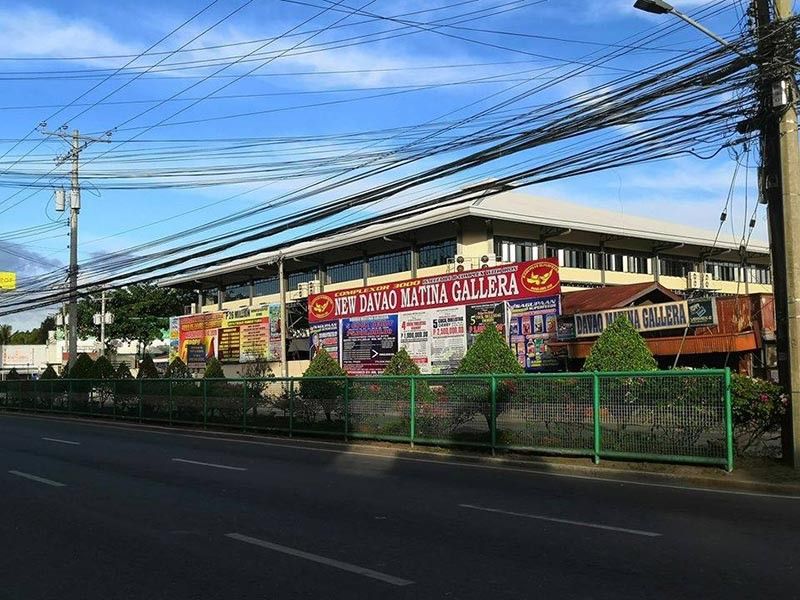 THE cockfighting derby at the New Davao Matina Gallera, which became a “ground zero” for the coronavirus disease (Covid-19) outbreak in Davao City, could have been stopped by the division chief of the Business Permit and Licensing Division (BPLD) of the Davao City Government, Davao City Mayor Sara Duterte-Carpio said Monday, April 6.

Duterte-Carpio, in a statement, said the division chief, which she did not name, could have stopped the conduct of the derby and further prevented the situation from escalating.

According to the result of the investigation of the City Mayor’s Office, the BPLD granted a permit to the New Davao Matina Gallera management for the derby scheduled on March 7, 10, 12 and 14.

On the legal side, the mayor said the derby organizer and the BPLC did not violate the conduct of the derby.

She said derby organizers were able to secure a resolution from the 19th City Council, which is a requirement before staging the event.

Councilor Danilo Dayanghirang, the chairperson of the committee games and amusement, pushed for its approval after the organizers made a request to the City Council on January 14.

The Council unanimously issued a resolution to approve the request for the conduct of a derby, on February 4.

Three days after the approval of the resolution, the Department of Health (DOH) issued an advisory that “strongly urges the public to avoid attending, participating in, and organizing events that draw a huge number of attendees.” During that time, the Covid-19 has not yet reached the country.

Following the advisory, Duterte-Carpio issued on February 10, the cancellation of all major events of the 83rd Araw ng Dabaw to prevent the spread of the Covid-19.

She said the derby was not included in the cancellation since it is not an official Araw event, and it is a private event.

The derby organizers secured the permit on March 3, after complying with the required documents, and necessary payments at the City Treasurer’s Office.

However, on March 8, the city government issued the Guideline No. 3 on Covid-19.

“It did not prohibit the conduct of private events, however, it clearly set the direction of postponing such events,” the mayor said.

On March 3 and 8, Duterte-Carpio said the division chief could have stopped the conduct of the derby and further prevented the situation from escalating, but the official “did not vigorously act on it.”

It was on March 12 that the mayor instructed the Davao City Police Office to shut down all gallera upon learning about the ongoing derby. She said it was also the same day that President Rodrigo Duterte declared a state of public health emergency. Also on that same day, other government-controlled places such as parks and the Roxas Night Market were closed.

She added that the cancellation of the Araw events in February, according to the mayor, was also a “clear direction” the BPLD chief could have anticipated.

“It was a judgment call that was never made,” she said.

The mayor said the official already tendered resignation effective on Saturday, April 4, after having a private discussion on the missteps that transpired.

She said the incident “serves as a reminder for all officials in the City Government to always put forward the general welfare of the residents of the city.”

Earlier, the Department of Health-Regional Epidemiology and Surveillance Unit (DOH-Resu) in Davao Region said they are tracing some 400 personalities who had exposure to the New Davao Matina Gallera in Matina, Davao City after 12 cock derby goers have been confirmed positive with coronavirus disease (Covid-19). Four of the 12 succumbed to the disease.

She also said that out of the 11 deaths related to the Covid-19 in the region, eight of the positive patients who died are connected to the New Davao Matina Gallera cockfight.

Sunstar Davao reached out to Dayanghirang for further comment on the issue. But he has not responded as of press time.

However, City Council majority floor leader J. Melchor Quitain Jr. said in a previous interview that they had legally approved the resolution, as it underwent a series of committee hearings.

“Before we approved it in the City Council for final approval, a committee hearing was already conducted,” Quitain said in a phone call interview.

He also said the request was made earlier January, while the resolution was approved early February. He added the approval was made before the Covid virus has reached the city. (RGL with JCR)