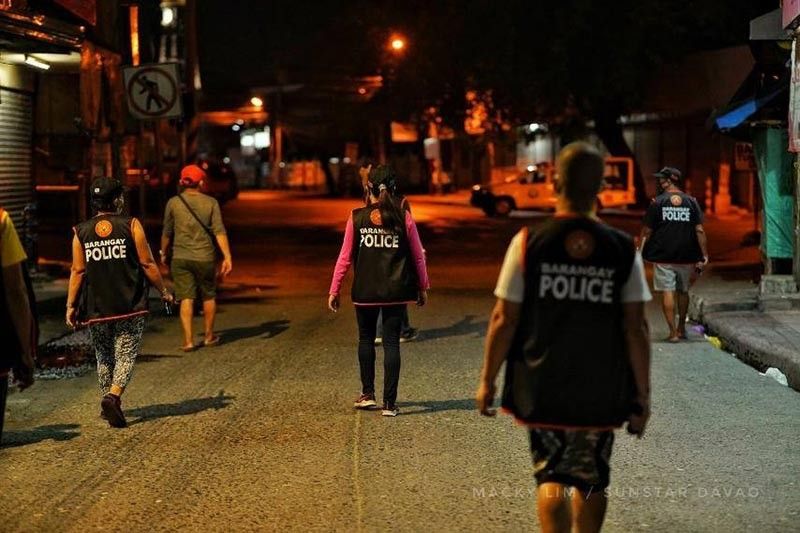 DABAWENYOS with food and medicine (FM) passes can longer go out after 6 p.m. as the City Government amended the current curfew hours, following the issuance of the Executive Order (EO) 23-A on Monday, April 6.

The issuance of EO 23-A came on the second day of the implementation of the enhanced community quarantine in Davao City, which started at 9 p.m. of April 4.

With the curfew hours, the EO states that people cannot go out of their houses, except in times of emergency or if going to work in the exempted sectors or frontline offices.

Mayor Sara Duterte-Carpio said in a previous radio interview that the City Government had already extended the schedule of the deployment of free bus rides to essential workers working beyond curfew hours.

Meanwhile, the use of the FM pass has also been amended in the EO. Beginning April 7, the passes can be used between 6 a.m. to 6 p.m. only.

FM passes, according to the EO, shall only be used to buy food, medicines, or go to the hospital. Two individuals can be named on the pass but only one named person can use it at any given time.

Duterte-Carpio said some basic establishments allowed to operate during the ECQ, such as sari-sari stores, wet markets, and grocery stores, must close during the effectivity of the curfew.

The mayor already announced on Saturday that under the EO, the liquor ban will be 24 hours during the state of public emergency. The EO prohibits the selling, serving and consumption of liquor or any alcoholic or intoxicating drinks in public areas, effective 6 p.m. of April 7. This was amended from the previous 5 p.m. to 8 a.m. liquor ban.

Some of the amendments of the EO, according to her, were adapted from the resolution issued by the Davao Region Covid-19 Task Force, which she chairs.

However, some of the provisions in the regional ECQ, were not adapted, such as the suspension of public and private transportation for inter-local government unit (LGU) travels.

In the case of Davao City, only public utility jeepneys were barred from operating. Other forms of transportation are, however, allowed to operate provided they follow the social distancing guidelines issued by the Department of Transportation (DOTr): private vehicles and taxis (one passenger in front and back); tricycle (one passenger in front and back); single rider motorcycle or bicycle; free bus rides hired by the city government.

“Lahi-lahi man gud ang situation... (Every LGU has a different situation) Davao City is not in the same boat as other LGUs,” Duterte-Carpio said in an interview on 87.5 FM Davao City Disaster Radio.

Meanwhile, some of the provisions stated on the previously issued EO 23 still remain.

The implementation of the ECQ in the city was in response to the rising coronavirus disease (Covid-19) cases.

Under the ECQ, all non-essential establishments are ordered to close, while residents are mandated to go out only to buy essential items, and to attend medical needs, provided with an FM pass.

The ECQ is projected to end in 11:59 of April 19, unless it will be withdrawn earlier, or extended, depending on the situation on the ground.