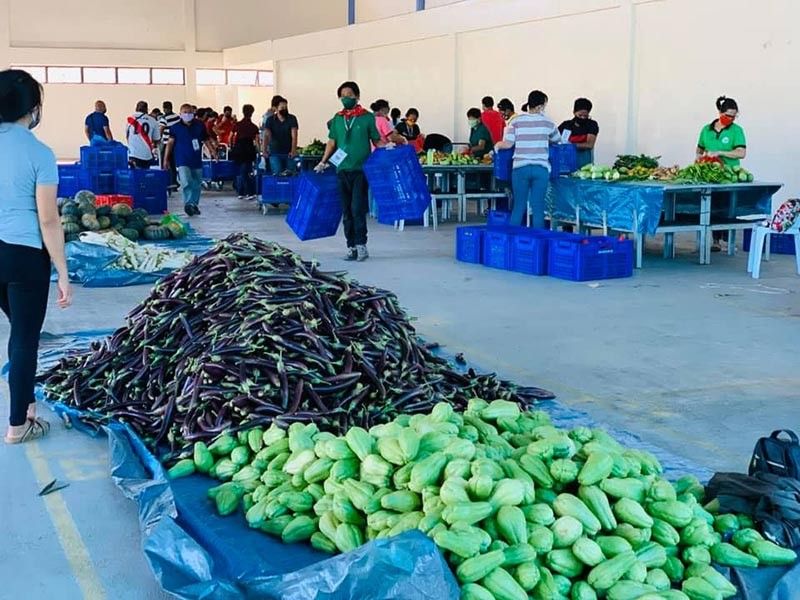 INDIGENT and displaced individuals affected by citywide enhanced community quarantine (ECQ) in Davao City, can avail of the agri-food cards from the city government if they have not received ration goods.

Davao City Mayor Sara Duterte-Carpio said on Tuesday, April 7, already instructed the City Social Welfare and Development Office (CSWDO) to identify households who were not given ration cards, which is a requirement for receiving rationed goods.

Covered in the agri-food cards, the mayor said recipients will have fishes, vegetables, eggs, meats, and other agricultural items.

The rationed goods include five kilos of rice, canned goods, noodles, and other items.

She said the City Agriculturist Office (CAO) and the City Veterinarian’s Office (CVO) will spearhead the distribution to an estimated 50,000 beneficiary households. Both CAO and CVO will coordinate with the barangays who will help in identifying those who were not able to receive rationed cards.

This came after individuals and other business establishments donated some goods to be distributed to recipients, similar to those who are supposedly qualified to receive the ration goods but were not covered.

The mayor said it is one of the city’s efforts to help residents who were gravely affected by the loss of income and employment due to the strict observance of social distancing due to Covid-19.

She also said they wanted to give equal assistance to everyone.

We are trying to provide them food assistance) that will take them through the ECQ, and hopefully, through until April 30,” Duterte-Carpio said in a radio interview on 87.5 FM Davao City Disaster Radio.

She also said that the Social Amelioration Program (SAP) of the Department of Social Welfare and Development (DSWD) would also scout individuals who are also indigent, and non-recipients of the ration card.

Under the SAP, DSWD will distribute the Social Amelioration Card to their respective areas through a “house-to-house” visit.

The card will serve as a validation tool to know who is in need of more aid. It can also serve as a family assistance record where the aid given by the government will be written.

The cash assistance will vary depending on the minimum wage rate of a region. The beneficiary can receive P5,000 to P8,000. (RGL)