Mayor won’t hesitate to ban trike op due to overcharging 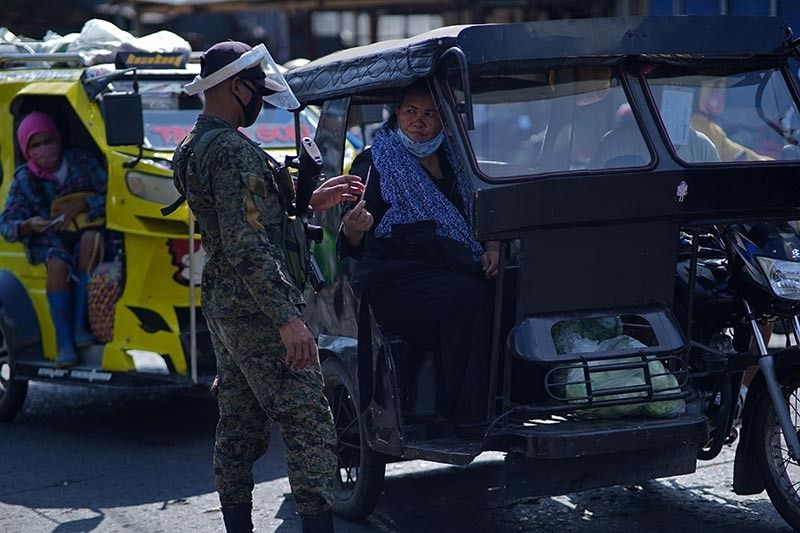 DAVAO City Mayor Sara Duterte-Carpio will not hesitate to ban the operation of tricycle drivers if she continues to receive overcharging complaints from passengers.

She said the city allowed the operation of tricycles and taxis in the city, despite the implementation of the enhanced community quarantine (ECQ) to cater workers exempted from the closure order.

While she said the city government augmented free bus rides to five areas in the city -- Toril, Calinan, Lasang, Cabantian, and Mandug -- she said, it cannot cater to everyone.

The mayor added there are also areas in the city that rely on tricycles in going to public markets.

“Naa ra mana dinha ang mga tricycle because dunay mga areas, gitan-aw man gud namo ang radius sa mga markets, lagyo kaayo ang atoang mga public markets. Iyang area nga macover is more than five kilometers, which is lisod na lakwon pauli gikan sa palengke (Tricycles were allowed to operate to serve those within the five-kilometer radius of the markets. Though some are living within the radius, it is not easy for some to walk from their homes to the market and vice versa),” she said.

Duterte-Carpio said since the ECQ started, she had been receiving complaints of overcharging. She warned them to follow the prescribed minimum fare, or they would be barred from traversing on the streets.

Other forms of transportation are, however, allowed to operate provided they follow the social distancing guidelines issued by the Department of Transportation (DOTr): private vehicles and taxis (one passenger in front and back); tricycle (one passenger in front and back); single rider motorcycle or bicycle; free bus rides hired by the city government.

Meanwhile, Duterte-Carpio explained in an issued statement the need for the city to augment these transport vehicles.

She said that based on the Department of the Interior and Local Government (DILG) Memorandum Circular 2020-062 on March 21, 2020, “transportation should also be provided by LGUs for those seeking to avail of these basic services such as those needing to go to the hospital or clinics, or those who have limited access to establishments providing basic necessities. LGUs are reminded to exercise strict social distancing measures, including appropriate health protocols.”

She added this was the city government’s basis in allowing tricycles and taxis during the implementation of the ECQ.

Meanwhile, she encouraged everyone to help in proposing any other means in helping the city find a solution in transporting essential workers who will be affected by the lack of mass transportation, especially when the curfew will be implemented from 6 p.m. to 6 a.m.

The mayor also said she is ready for any investigation from DILG and the National Bureau of Investigation should they question her on allowing tricycles and taxis to operate under ECQ.