Editorial: Bracing for the tests 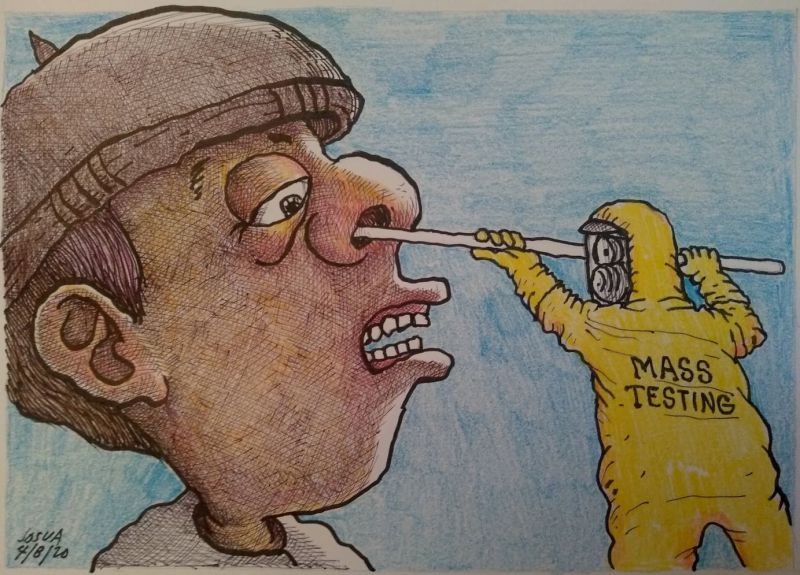 AS OF April 7, 2020, 77 individuals were tested in Central Visayas. Twenty-two of those are from the Cebu Province, 15 are from Lapu-Lapu City, 37 from Cebu City and three from Mandaue City.

Of those tested in Central Visayas, 76 tested negative and one, from Cebu City, turned out positive.

That’s about what we know as far as the curve is concerned. With only a few tests yet, what we know, we hope, should at least be close enough to the actual count out there. These could be just quick apparitions of a sprightly virus.

Cebu is yet mid-way with its enhanced community quarantine, the official start of most cities and the entire province being only at the terminal part of March and ends by end of April.

This is over and above the targeted testing capacity of 8,000 to 10,000 per day for government to be able to manage the Covid-19 crisis intelligently.

The IATF said it would see to it that testing centers would be placed in strategic spots in the regions and cities all over the country.

The “mass testing” does not mean any Juan or Maria can step forward for a test. The Department of Health has guidelines that rank individuals according to certain criteria: for instance, top of priority are symptomatic individuals with travel history and contact with a Covid-19-infected person; persons with mild symptoms, who are vulnerable and with a travel history and contact; and so on and so forth down the line.

However, with the availability of more test kits and machines in expanded SNLs, our health system should be able to test more individuals falling under contract tracing.

Starting in the middle of this month, we brace for a clearer picture of this gregarious bogey that’s eating whole portions of the populace elsewhere in the world.

With testing capacity expanded, we’ll see our real score in this race.