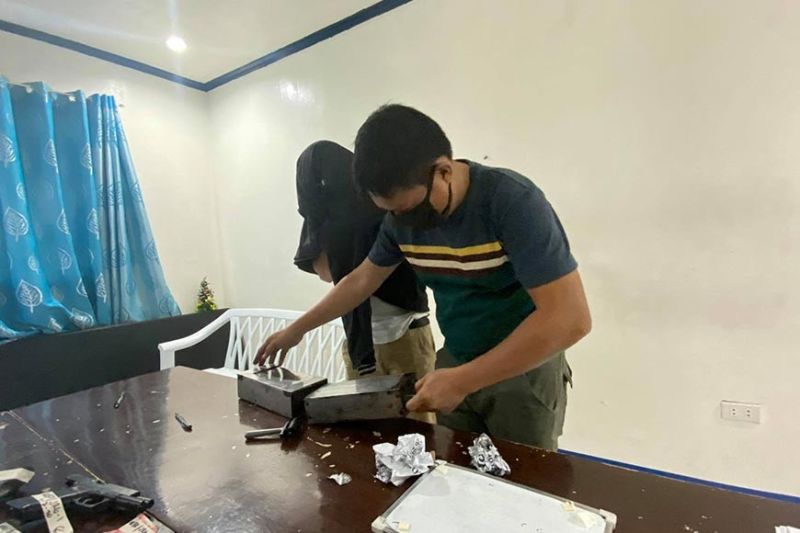 Police Corporal Wenefredo Olongayo (left) covers his face after his arrest in an entrapment operation./ BENJIE B. TALISIC

A MEMBER of the Drug Enforcment Unit (DEU) of the Waterfront Police Station was arrested Tuesday, April 7, 2020, by members of the Integrity Monitoring and Enhancementy Group (IMEG) Visayas Field Unit in Barangay Tejero, Cebu City for robbery extortion.

Natnat said they received a complaint against Olangayo allegedly for demanding an airconditioning unit from one their prisoners.

Olangayo in an interview admitted to the offense, but explained that the aircon unit is owned by one their detainees. He said he had an agreement with the detainee's sibling that he will buy the aircon unit for P10,000.

IMEG is preparing robbery extortion charges and violation of Section 3 (e) of Republic Act 3019 or the Anti-Graft and Corrupt Practices Act will be filed against Olangayo. (BBT)