Number of arrests increases during ECQ 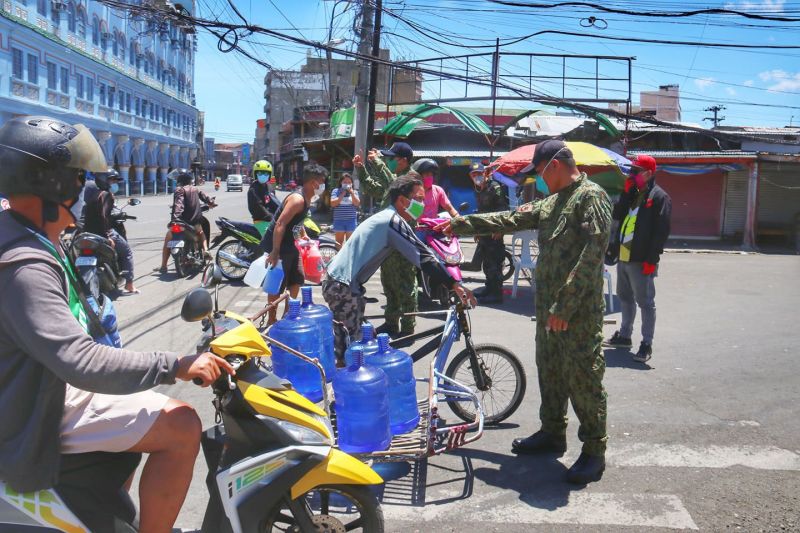 THE chief of the Cebu City Police Office has complained about the high number of recent arrests and the overcrowding of inmates in the 11 police stations of Cebu City.

This is mostly due to the police’s continued efforts to apprehend those who violate the enhanced community quarantine protocols and those involved in illegal drugs.

Police Colonel Hector Grijaldo, chief of CCPO, has expressed concern for the health of inmates, saying if there was one who would be positive with Covid-19, there’s a huge possibility that everyone else in the cell could get infected.

As a preventive measure to stop the spread of Covid-19, the inmates were given face masks and strictly enforced to observe social distancing.

Grijaldo has also ordered the jail officers of each police station to observe proper hygiene, including the daily baths of the inmates every morning and regular use of alcohol to sanitize their hands.

He also ordered for the inmates to have time outdoors for sun exposure and exercise, as long as security is maintained and officers make sure that no inmate escapes.

Several of these inmates already have cases in the prosecutor’s office and are just waiting to be transferred to the Cebu City Jail.

It’s also not possible to spread out the inmates among the police stations as this is the same problem faced by all of them.

To avoid infection among inmates, Grijaldo will have all 11 police stations disinfected.

Police stations are also strict on enforcing the “no face mask, no entry” policy for visitors.

Grijaldo expects the number of inmates to increase in the coming months if people continue to violate the curfew and liquor ban during the enhanced community quarantine.

As an alternative, Grijaldo has proposed to his chiefs of police to enforce a different consequence for those who violate the curfew or liquor ban.

Case in point, the police were able to catch people who were outside of their homes and as a consequence, were asked to pray and read the Bible at the police station. (AYB with CBQ)