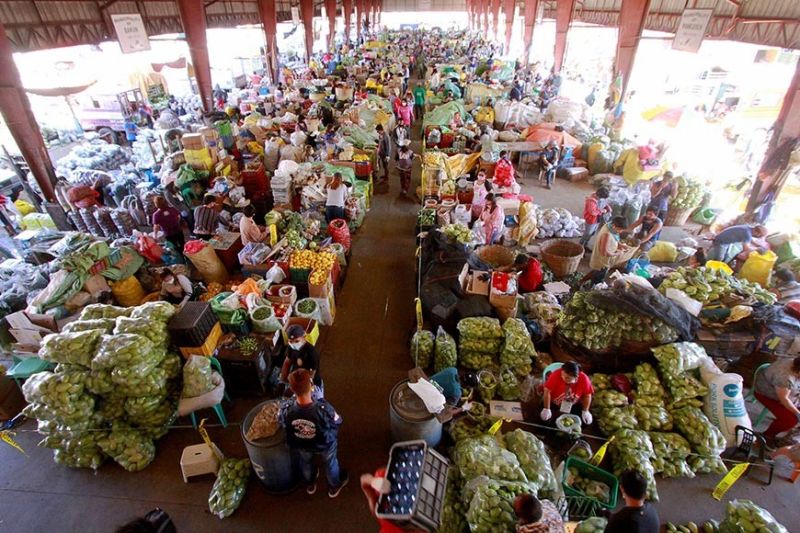 BAGUIO. Starting Wednesday, April 8, delivery of vegetables from different towns will be based on the schedule set by the province based on the Memorandum Circular on clustering of towns for the unloading of vegetable produce at the La Trinidad Vegetable Trading Post (LVTP) and the Benguet Agri-Pinoy Trading Center (BAPTC). (Photo by JJ Landingin)

BENGUET mayors unanimously approved the clustering of municipalities in the delivery of highland vegetables to trading areas in La Trinidad in effect April 8.

During the Provincial Inter-Agency 2019 Novel Coronavirus Task Force meeting on April 6, Governor Melchor Diclas issued a Memorandum Circular to all mayors relative to the clustering of towns for the unloading of vegetable produce at the La Trinidad Vegetable Trading Post (LVTP) and the Benguet Agri-Pinoy Trading Center (BAPTC).

“This response measure is to discourage overcrowding and maintain our compliance with the rules of social or physical distancing, a crucial public health intervention. It can also address the nearest equilibrium of supply and demand for our vegetables,” the governor added.

In the new scheme, other towns in the Cordillera region were accommodated as they have been delivering produce for the two trading areas.

The first group set to deliver produce every Monday, Wednesday and Friday are the towns of Atok, Buguias, Kabayan, Itogon, La Trinidad, Sablan and Bauko in Mt. Province. Second Group scheduled to bring produce every Tuesday, Thursday and Saturday include the towns of Bakun, Bokod, Kapangan, Kibungan, Mankayan, Tuba, Tublay and Tinoc in Ifugao.

There will be no deliveries on Sundays.

The governor tasked all the chief executives of every town to conduct two-day information education campaign before the implementation of the new order.

The province is a source of major vegetables like white potato, cabbage, Chinese cabbage, carrots, chayote, snap beans delivered to trading areas in the Benguet capital town to key markets in Metro Manila and the Visayas.

There are 5721.29 tons of vegetables expected to be delivered by farmers in April for both the BAPTC and LVTP.

Violeta Salda, BAPTC chief of operations said they will abide by orders of the provincial government and provide assistance to farmers delivering in the facility.