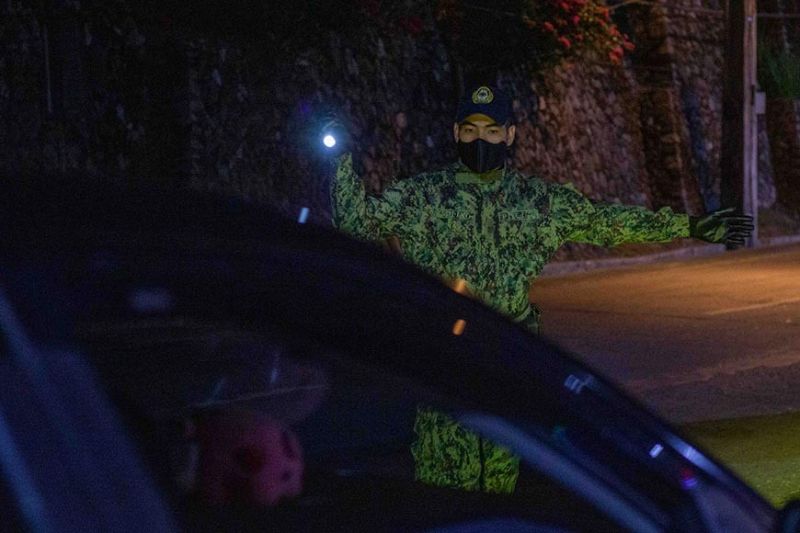 BAGUIO. Even at night, cops check travel permits of those going to Baguio City with the national government extending the Luzon-wide enhanced community quarantine. (Photo by Jean Nicole Cortes)

IN SYNC with President Rodrigo Duterte’s order to extend the Luzon-wide enhanced community quarantine (ECQ) until April 30, the local government of Baguio is now preparing for life after its lifting.

Baguio City Mayor Benjamin Magalong said he has recommended the city be put under a localized community lockdown after the national government lifts the Luzon ECQ as relayed to Secretary Carlito Galvez Jr., chief of the National Task Force (NTF) for Covid–19.

“I strongly recommended a localized community quarantine while being stricter at our borders. It’s probably about time for us to open our economic activities in the city like construction sites particularly on government projects. Transportation is another because right now for the entire city, we only allowed twenty to twenty-five taxi units to operate serving the health sector which is not enough,” Magalong said.

Life after the extended ECQ on April 30 is being planned and would give the city a chance to look at what areas of concern should be given focus for the benefit of residents.

Magalong has been discussing with the transport sector and members of the hotel and restaurant sector during the implementation of ECQ.

“I will be meeting with the construction, manufacturing, the academe, the BPO, the hotels and restaurant and business sectors because we have to plan. It will be a community quarantine [after the extended ECQ] which will strictly maintain social distancing,” the mayor said.