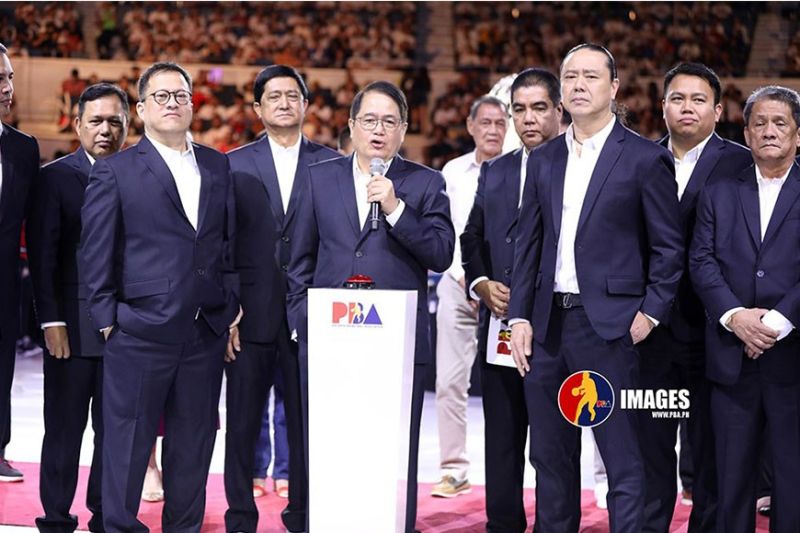 The PBA board has decided it will be shortening the season in light of the COVID-19 pandemic. (PBA)

THE Philippine Basketball Association (PBA) has decided that it will be shortening the season to just two conferences in light of the threat that is being brought by COVID-19.

League commissioner Willie Marcial made the announcement after the online meeting that was called by PBA chairman Ricky Vargas on Tuesday. All board members and members of the Commissioner’s Office management committee were able to participate in the online meeting except NorthPort’s Erick Arejola, who is mourning the passing of his grandmother.

“The leaning of the board right now is two conferences. Pero kapag humaba pa ang current situation, baka maging isang conference na lang. Apart from it, the board is also concerned with the welfare of the fans, the employees, and the players,” said Marcial.

“Since the board members were in one direction in the measures we’re looking at, the meeting lasted for only a little over an hour.”

The board is still keen on staging the league’s inaugural 3×3 tournament, but have yet to rule on the fate of the D-League after the collegiate leagues have made their decisions on their respective 2020 seasons.

“Should they (school leagues) decide to scrap theirs, then the D-League would push through. But we’re also talking to the teams,” said Marcial.

“As for the 3×3, we’ll convene the teams once the PBA tourney has resumed. The plan remains the same — magsisimula maglaro ang 3×3 sa mga third week ng PBA season,” Marcial added.

In the same online meeting, PBA officials were unanimous in their decision to continue to help the regular PBA employees, as well as the PBA game-day personnel like the referees, table officials, statisticians and others. And they’re also pitching help to the frontliners in the battle against the deadly disease.

“The board has decided to donate one-million pesos worth of PPEs. I was tasked to be the point man. Ako ang maghahanap ng gagawa ng PPEs, at i-do-donate namin ito doon sa mas mga nangangailangan,” said Marcial.

The board will once again meet next month.