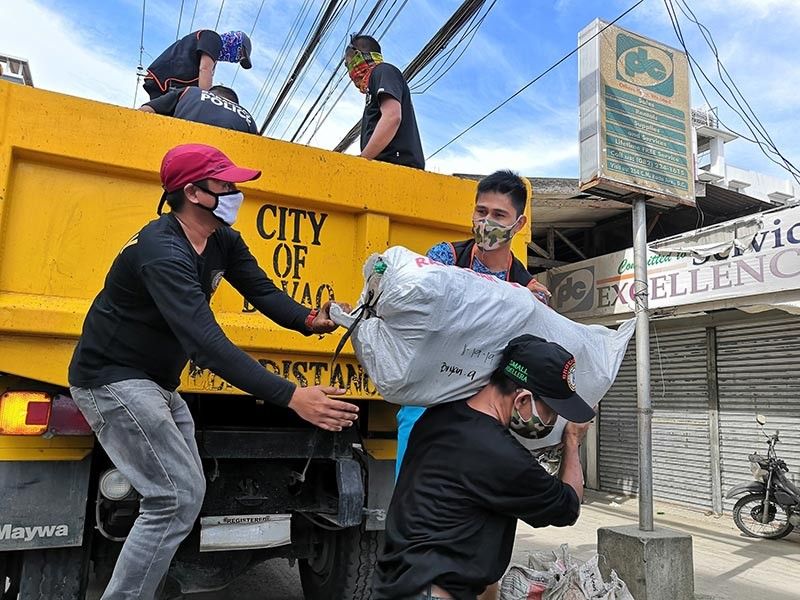 DAVAO City Mayor Sara Duterte-Carpio bared the government's plan to distribute 100 sacks of rice per barangay as support to the city's efforts in providing assistance to households affected due to the implementation of the enhanced community quarantine (ECQ).

She said she was hesitant to reveal this assistance because the people might be searching for these sacks from their respective barangay officials.

"Di unta nako ni siya isulti na effort nato because basin man gud pangitaon sa mga tao sa atong kapitan ang mga 20 sacks. Dili pa gyud siya ing-ana ka daghan considering nga daghan ang population per barangay (I was reluctant to announce this effort of ours because people might be looking for it and expect the 20 sacks from our barangay officials. The said amount is still not enough considering that each barangay has a big population)," Duterte-Carpio said on Wednesday, April 8, in a radio interview on 87.5 FM Davao City Disaster Radio.

The mayor said this is on top of the various complaints from residents who received unequal kilos of rice from their barangay captains.

Some residents mistakenly thought that this was coming from the rationed goods of the City Government.

The rice distribution is on top of the city's initial relief good distribution, spearheaded by the City Social Welfare and Development Office (CSWDO), which targets to distribute an estimated 350,000 grocery packs during the first round in all 182 barangays.

She said they have yet to decide whether to temporarily suspend the distribution on Holy Thursday, April 9, or on Black Saturday, April 11, since there are still barangays in the city that have not yet received their ration goods.

She earlier bared lack of manpower delayed the supply distribution.

Duterte-Carpio also announced on Tuesday, April 7, that the City will be distributing agri-food cards to indigent households who were not included in the distribution of the ration goods.

The City Government has also set up hot meal stations in 98 barangays in the city, serving free lomi and lugaw every 10 a.m. and 5 p.m. daily.

The city targets barangays that are mostly in coastal and urban areas where most informal settlers and vulnerable families live.