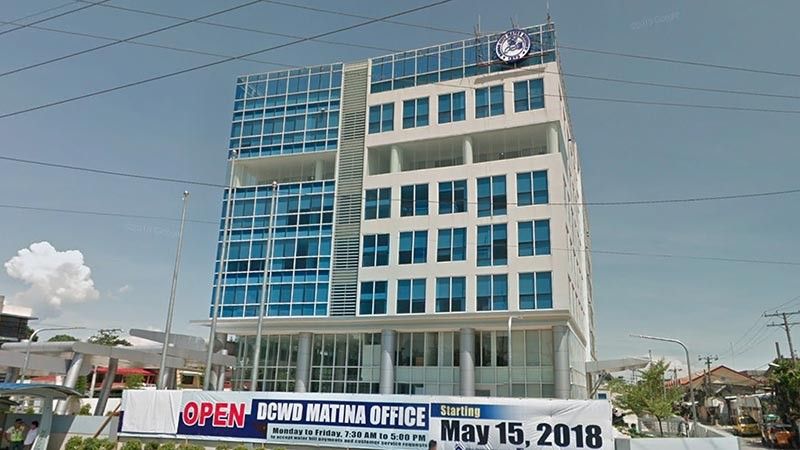 DCWD spokesperson Jovana Cresta Duhaylungsod said that while they do not have the specific figure of the consumed water level, based on their monitoring in its water sources, almost all had a decrease in its water levels.

Due to an increase in water consumption in all areas in the city, Duhaylungsod said some parts of the city experience low water to no water supply during peak hours.

Majority of the complaints they received in their hotline centers were from consumers in Tugbok District. She said Tugbok's water source is the Tugbok Water Supply System.

Duhaylungsod said the higher water consumption was expected since almost all consumers are just staying in their own residences since the ECQ took effect on April 4.

Mostly, the water usage is for essential Covid-prevention purposes such as handwashing, bathing, and disinfecting. Other activities such for cooking, and drinking added to the higher consumption.

To mitigate the problem, the DCWD official said the water utility is deploying water tankers in affected areas every week to address.

Meanwhile, she said the problem is only an isolated case, and has assured all its consumers that there is still ample water supply.

She added they had suspended scheduled water maintenance repair so as not to interrupt its water service.

She also advised those living in areas with poor water supply to store water, which they could use in times of poor supply.

DCWD recently announced that they have extended the waive of the imposition of penalties for water bill with due dates from March 1 to April or until the lifting of the ECQ.

The water utility management also temporarily suspended the disconnection of delinquent accounts from March 17 to April 19, or until the ECQ is lifted.