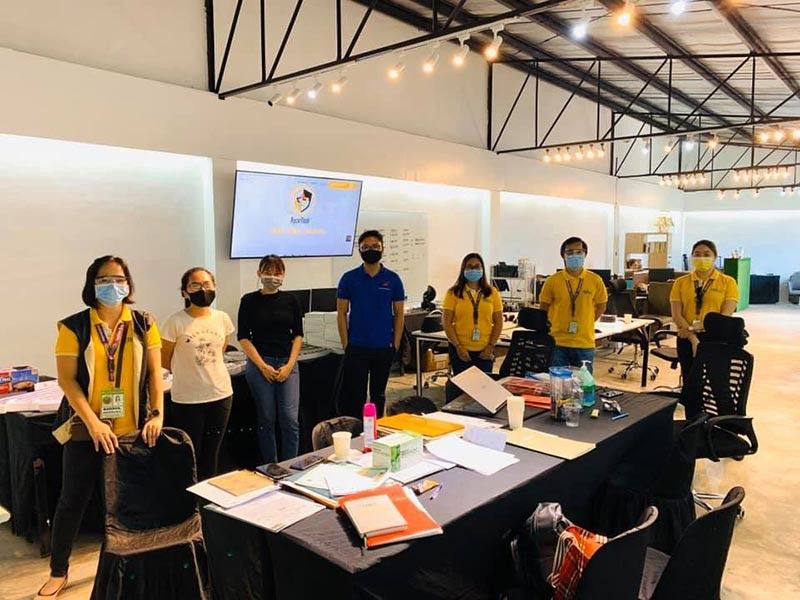 DAVAO. The team from RycorTech Corporation and personnel from the Food and Drug Administration capped their preliminary survey and provision of guidelines for the manufacturing of face masks. (Photo from Rycortech Corporation's Facebook page)

A DAVAO-based medical supply company will be the first in the city to locally manufacture face masks.

Licensed medical supplier RycorTech Corporation, which initially imports medical supplies from other countries like China and Malaysia, is securing a manufacturing permit to produce N88 or the surgical face mask and the KN95.

RycorTech Corporation operations manager Jimmy Sotelo said the Food and Drug Administration (FDA) has conducted a preliminary survey of their manufacturing plant on Tuesday, April 7, and set to return in the third to fourth week of April for another round of inspection.

He said the company found the need to locally manufacture face masks when the coronavirus disease (Covid-19) outbreak caused a shortage of medical supplies in the market as countries banned exports of these supplies to secure for their people.

"We checked their raw materials and realized wala man pud regulatory bans sa ilang raw materials in making the face masks. So we imported all the raw materials including the machines and applied for a manufacturing permit in FDA," he said.

He said their raw materials have been arriving since last week and they are waiting for other machines.

Sotelo said that apart from the shortage of the supply of face masks, he also intended to cut hoarders and abusive resellers of medical supplies who took advantage of the health crisis.

"They are hoarding a lot of supplies and it would lead to a decrease in supply in the market, increase in demand, and later increase in price," he said.

"To address that, we thought what if we are going to manufacture everything here. Although, we cannot control the global prices of raw material we can control the cost when it comes to manufacturing it. We do not need to spend on logistics because it will be made here," Sotelo said.

He is confident to peg a price lower than the lowest price for face masks in the market based on the memorandum circulars (MCs) issued by the Department of Health (DOH).

Sotelo said major companies have already been inquiring aside from about 5,000 inquiries they have received through their website and some more through their six landlines.

He said he also makes sure that clients are legitimate businesses by asking for proof of donation or pertinent licenses or registration.

"Marami kasing nag fofront na gagamitin nila yung supplies for donation, so we ask for certificate of donation from DOH kasi maraming nag sa-scam. Kumukuha sa amin ng mura tapos ibebenta nila ng mahal (There are people who will buy and claim that they donate it but instead sell it at a higher price)," he said.

"By doing that, we could avoid people who are taking advantage of our lower prices," he added.

The company's about 1,000 square meters (sqm) manufacturing plant is located in Barangay Agdao but plans to put up another 3,000-sqm. facility in Malagamot, Panacan.

He said they will be able to start selling face masks in the third or fourth week of April.