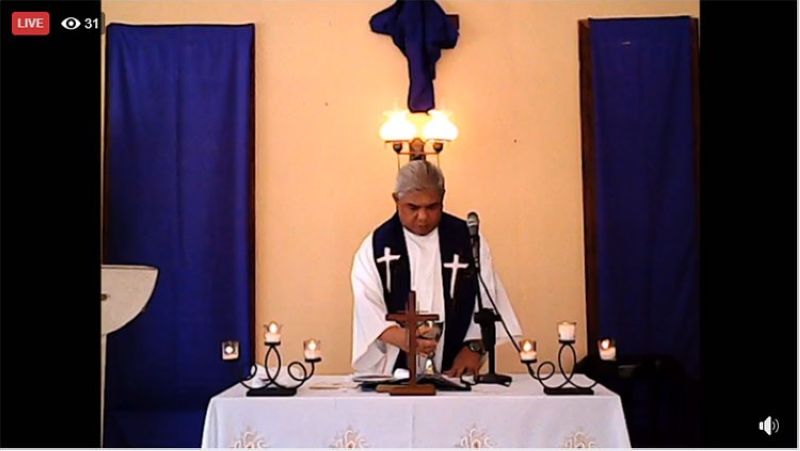 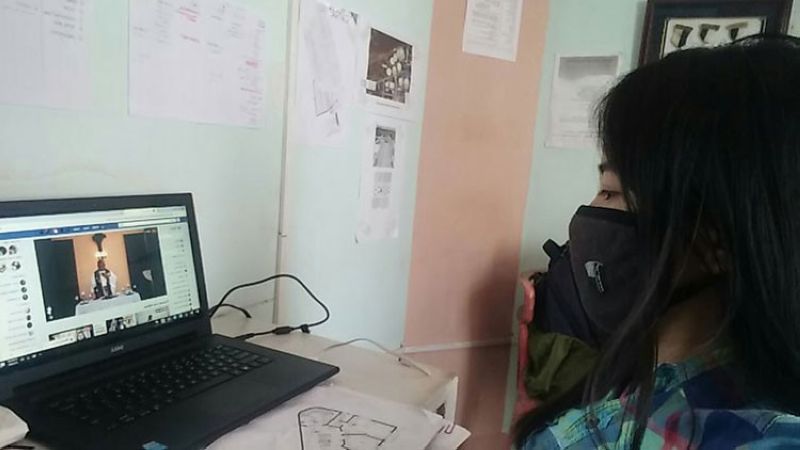 MSGR. Julius Perpetuo S. Heruela is the parish priest of the St. Augustine of Hippo Parish in Bacong, Negros Oriental. Like a growing number of his fellow pastors in this largely Catholic country, he is holding “virtual masses” this Holy Week amid the Covid-19 pandemic, which has made public gatherings in churches a serious health risk.

The parish priest streams live his masses using a web cam linked to his laptop, which is connected wirelessly to a PLDT Home Prepaid Wi-Fi unit. He delivers the video to his parishioners via his Facebook page like a watch party. The whole set up runs on the 4G LTE service of Smart Communications.

Heruela adds that nine other parishes in the Diocese of Dumaguete are holding online Masses in the same way.

“Before, Masses were just televised on national TV. Today, we can do it ourselves every day -- within the parish and with our own parishioners -- with the help of technology and fast connectivity,” said Msgr. Heruela.

"The case of Msgr. Heruela is particularly gratifying because he is doing it in Bacong, a fourth-class municipality, about 650 kilometers south of Metro Manila. This shows that we have really made progress in expanding the reach of our high-speed LTE service to more and more areas of the country," he added.

That was in fact the gist of the latest report on mobile connectivity in the Philippines by independent mobile analytics firm Opensignal.

But the striking difference was in 4G Availability.

Covering the period November 1, 2019 to January 29, 2020, this Opensignal report was based on 659,883,359 measurements from 288,492 devices. It also included a new metric called Games Experience, which measures how mobile users experience real-time multiplayer mobile gaming on an operator's network. Smart is the first operator to be awarded this citation globally.

Opensignal also noted the increase in download speeds on Smart’s network. “Smart won this category with users experiencing an overall Download Speed of 10.6 Mbps, that is a 12.8 percent increase over the 9.4 Mbps speed that we reported last September. It was also 3 Mbps faster than its rival,” Opensignal said, adding that in terms of Upload Speed Experience, Smart’s score of 3.9 Mbps is better than the competitor’s score of 2 Mbps.

In terms of Video Experience, Smart posted a score of 55, well ahead of competition’s 39.8. “Smart’s score is a 15.6 percent increase over our last report when Smart achieved a rating of 47.6,” Opensignal said.

Smart posted these service quality improvements even though data traffic on its network has been growing rapidly over the past few years. In 2019, Smart’s mobile traffic jumped to 1.6 Exabytes -- twice the volume in 2018 and four times that of 2017.

“We’ve managed to stay ahead of the growth of our data traffic by continuing to invest heavily in our network,” explained Mario G. Tamayo, senior vice president for Network Planning and Engineering for PLDT and Smart.

In 2019, Smart expanded its coverage and capacity further by increasing the number of its 4G/LTE stations by 51 percent to about 24,600, as well as its 3G base stations by about 19 percent to 13,800. As of end-December 2019, Smart’s mobile data service coverage reached 94 percent of the country’s population. This was supported by the expansion of PLDT’s fiber optic footprint by 32 percent to 322,400 kilometers, the country’s most extensive digital backbone and transport network.

“Of course, we had no idea that something like Covid-19 was coming. But, in a sense, our network expansion efforts were, shall we say, providential. At least, during this rather difficult period, we can help people come together in prayer to seek God’s blessings and help,” Panlilio said. (PR)