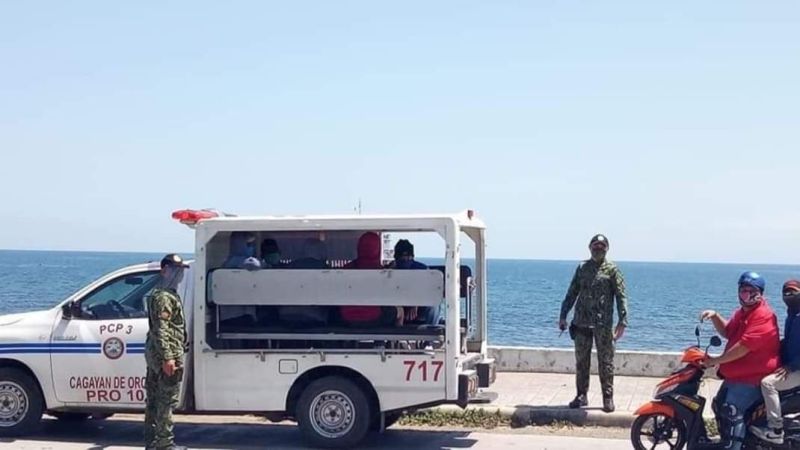 CAGAYAN DE ORO. Police arrested 5 ship crew after disembarking from their vessel to buy food, but without permission from the Coast Guard. (Photo courtesy of Cocpo)

AN OFFICIAL of the Cagayan de Oro City Police Office (Cocpo) said the five cargo ship crew who were arrested after disembarking from the vessel to buy food and water at the coastal road in Barangay Lapasan, this city, on April 6, are likely liable for violations of laws related to the coronavirus disease (Covid-19).

Vinas said the five were turned over to the Philippine Coast Guard (PCG) after the arrest.

The five crew members disembarked from the vessel and rode a small boat towards the coastal road to supposedly buy food and water.

Vinas added the five did not coordinate with the coast guard.

The ship, which arrived on April 1 from Siargao, was supposed to load cement from the Cagayan de Oro Port to be delivered in Surigao.