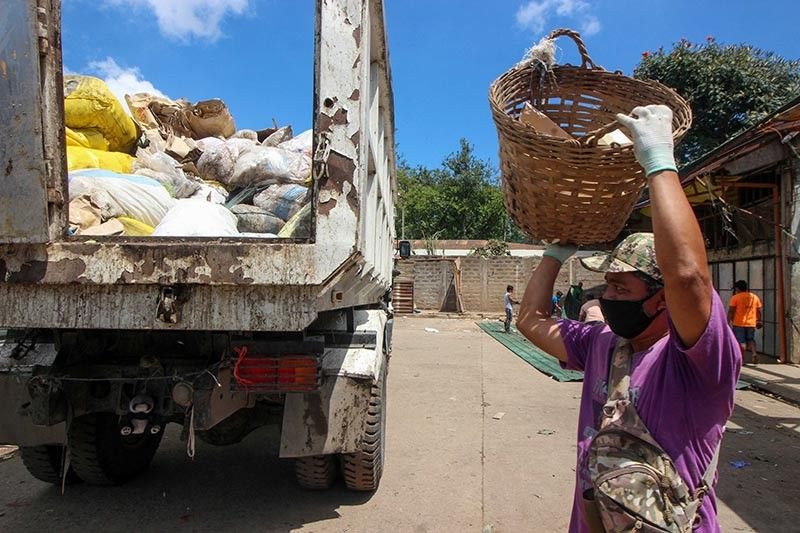 BAGUIO. Garbage collectors frontline in the fight against Covid-19 as they continue daily collection schedules to maintain a clean and sanitized city. (Photo by Jean Nicole Cortes)

THE Baguio City Government will fast-track implementation of the Special Amelioration Program (SAP) for the city’s 45,000 beneficiaries.

Mayor Benjamin Magalong said the Office of the City Social Welfare and Development Office [OCSWDO] led by Betty Fangasan devised a system to better facilitate SAP starting from the identification of beneficiaries down to the release of the two-month P5,500 cash aid until May.

The process flow follows that the villages will initially identify and screen beneficiaries with the use of family profiling forms with the raw list submitted to the OCSWD for validation through house-to-house interviews.

The city will now deploy enough validation teams to hasten the process after which qualified beneficiaries will be issued a Social Amelioration Card (SAC).

After validation will be the processing of documents and payment and eventually, release of the same with payouts to be done in the villages.

Magalong said around 48 percent or 45,000 families of the city’s 93,000 total households stand to benefit from the SAP since the city was given an allocation of P247 million for the program by the national government.

The mayor said the city will do its best to fast-track the release of the aid but because of the bulk of the beneficiaries, it can only be done in batches.

“So do not expect that all recipients will receive it at the same time. We cannot avoid that some barangays will get theirs ahead of the others,” he said.

Members of the 4Ps will automatically be included thus there is no need for them to undergo screening. Their share will be deposited directly to their accounts.

Grantees of the Tulong Panghanapbuhay sa Ating Disadvantaged/Displaced (Tupad) workers of the Dept. of Labor and Employment are no longer eligible for the SAP but will automatically receive an additional P2,000.

“What we want to make sure is that those heavily impacted or those who have no means of earning due to the effects of Covid-19 to be the priority recipients of this cash assistance, assuming that in a household there are three families, then three families will benefit from this particularly represented by the head of the family. For those households who underwent Tupad who receives P350 a day as payment for a daily work will receive P2,000 to complete their P5,500. Same for those 4P’s recipients who receives a monthly social fund amounting to P1,350 will be given an additional amount from the social amelioration fund for the month of April and May this year,” Magalong said. (PR with a report from Jonathan Llanes)