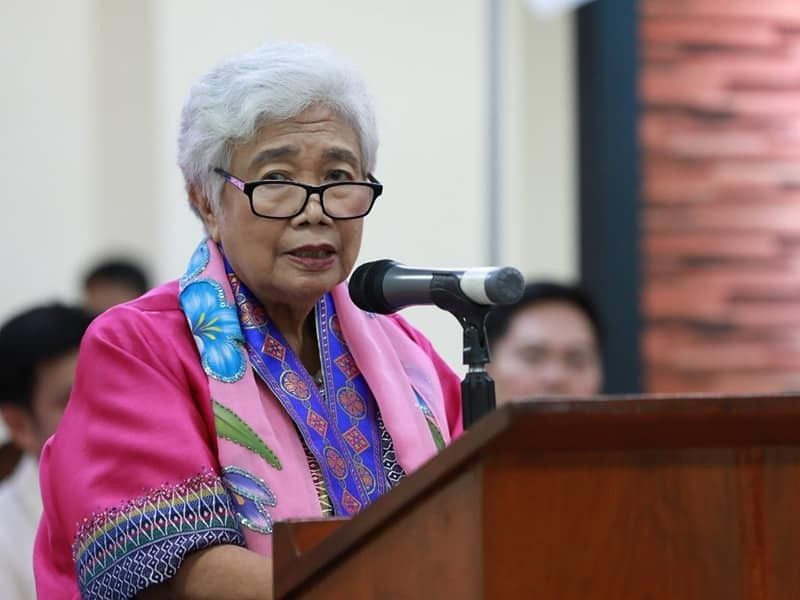 EDUCATION Secretary Leonor Briones on Thursday, April 9, announced that she has tested positive for the novel coronavirus, or Sars-CoV-2, the pathogen that causes the coronavirus disease (Covid-2).

As of Thursday, she remained asymptomatic and was going into isolation although she said she will continue to attend virtual meetings and carry out her tasks as head of the Department of Education (DepEd).

Briones is the second Cabinet member to test positive for the new coronavirus. The first is Department of the Interior and Local Government Eduardo Año, whom Briones did not name.

In a statement Thursday, Briones called on everyone who had physical contact with her to go on precautionary self-quarantine at home.

“DepEd has coordinated with the DOH (Department of Health) for the contact tracing and other necessary interventions following their protocols,” Briones said.

She said she was informed about her test results by the Research Institute for Tropical Medicine late Wednesday afternoon, April 8.

She and Año had attended “an urgent and critical meeting of select Cabinet officials on March 23”.

Briones got herself tested on April 2, after Año announced that he had been found positive for the virus.

It was her second diagnostic test for the highly infectious Sars-CoV-2 virus.

The first, conducted on March 13, yielded negative results. Briones said she had herself tested the first time after some members of the DepEd executive committee were exposed to a Covid-19 patient.

“Similar with other Cabinet members, I was tested to ensure that there was no threat to my functioning as Education Secretary, and to protect my fellow Cabinet members and the President,” she said.

Following the negative result, Briones said she a few close in staff stayed in a satellite office to continue working.

With the positive result of the second test, Briones said she was going on isolation.

“I remain asymptomatic. My body temperature, which is taken three times a day, remains normal,” she said.

“I am going on isolation. However, like my fellow Cabinet member, I will continue working — virtually attend IATF meetings, preside over the DepEd Execom and Mancom, and make all decisions necessary to keep DepEd in full operation,” she added.

The IATF is the Inter-Agency Task Force for the Management of Emerging Infectious Diseases, the government body spearheading the country’s Covid-19 response.

“It is my hope and my fervent prayer that we will recover as a nation and that our spirit of bayanihan will pull us through. With God’s grace, we will all heal as one,” Briones said.

As of 4 p.m. April 8, the new coronavirus has infected 3,870 people and killed 182 in the Philippines. Ninety-six patients have recovered.

Globally, the number of infected individuals have exceeded 1.35 million. The virus has killed 79,235 persons as of April 8, the World Health Organization said. (MVI/SunStar Philippines)