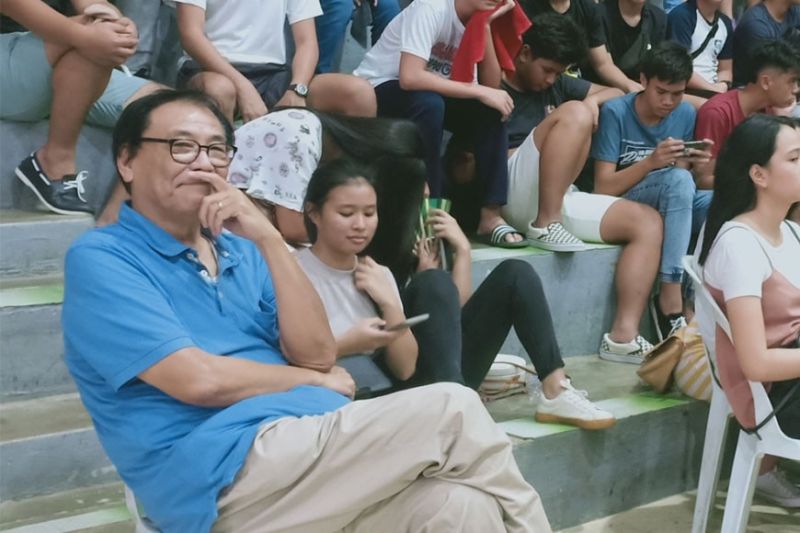 HE MAY not be among the young generation of today’s popular athletes, but Dr. Alfonso del Fierro Jr., 73, was considered “larger-than-life” when it comes to revolutionizing the development of sports in Cagayan de Oro.

“Wala ko ka-panagang (I was caught off-guarded). I was cooking for breakfast when I heard the news,” said Catrina June Pong-Biongcog, the best female dribbler Corpus Christi has ever produced, who broke down in tears upon learning the passing of Dr. del Fierro, around 4 a.m. on Maundy Thursday at the Capitol University Medical Center (CUMC) in Cagayan de Oro City.

“Certainly, it’s not only me, but many of us past and present varsity athletes of Corpus Christi will have that empty feeling of suddenly becoming like an orphan,” said Catrina, who mentored the Corpus Christi Lady Knights-powered Team CDO to winning the basketball girls championship in the last Batang Pinoy National Finals in Puerto Princesa, Palawan.

A long-time cancer survivor, an infection to the stomach had been initially cited as the cause of del Fierro’s death.

Survived by his wife Cora and siblings Mark and Marla, Del Fierro used to regularly play badminton with students and coaches at the Corpus Christi gym.

According to CCS hoops mentor Carlo Dagalea, the “honorable man” will be brought to Xavier Estates Chapel for a short wake with mostly family members only before his burial rites on Sunday, if initial plans will not miscarry.

Then founding Little House School in 1975 with his wife Cora, a deeply passionate teacher, the now Corpus Christi School in barangay Macasandig turned as the first ever private institution in the City of Gold that grants scholarship to less-fortunate but aspiring athletes in a dozen of sports disciplines, more or less.

Among Dr. del Fierro’s happiest moments was when Pia Alonzo Wurtzbach was crowned Miss Universe in 2015 and the late Ian Nietes Lariba became the first Filipina table tennis player to qualify in the prestigious World Olympics.

The two alumni of Corpus Christi School, Wurtzbach and Lariba, both made a courtesy call at the school office of Dr. del Fierro after their later success in life.