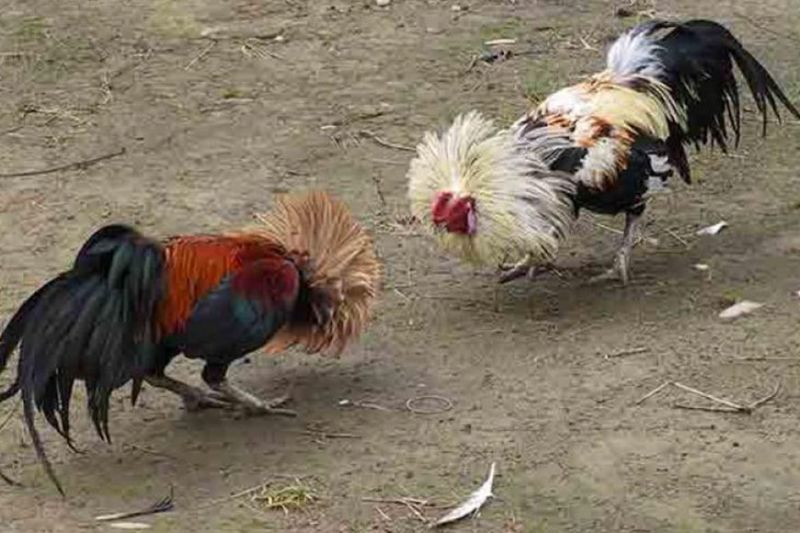 DAVAO City Mayor Sara Duterte-Carpio warned individuals who would continue to engage in cockfighting despite her orders to stay at home that their fighting cocks would be confiscated.

Duterte-Carpio's warning came a day after a photo of a cockfighting along Times Beach, Barangay 76-A went viral on Sunday afternoon, April 12.

Aguilar said they would disperse these kinds of activity, which is a potential cause of the spread of the coronavirus disease (Covid-19).

The policemen of the Talomo Police Station were not able to apprehend those seen in the viral photo, which was posted on Sunstar Davao's Facebook page.

The mayor had also been receiving complaints that some individuals in some parts of the city, particularly in Ma-a, and Shrine Hills, were still engaging in cockfighting.

"Itago na ninyo inyong manok, kung dili, ipa-confiscate ko na (Better keep your roosters, or else, I will have it confiscated)," Duterte-Carpio said on Monday, April 13, in a radio interview on 87.5 FM Davao City Disaster Radio.

The mayor jokingly encouraged those who would see cockfighting activities that they can confiscate the fighting cocks themselves, and cook it.

Meanwhile, Duterte-Carpio reminded the public to refrain from mass gathering.

She added that boredom due to the strict home quarantine is not an excuse.

"Kitang tanan, tanang tao, walay pili, nag-antos tanan. Dili na siya rason nga bored na tang tanan, magsabong na ta. It's not an excuse nga para sa inyo mao na inyong ingnon kung masakpan mo nga nagsabong (Everyone of us is bored in our own residences. However, that does not give us an excuse to go out and do cockfighting. That is not a valid reason, if ever you would be caught)," Duterte-Carpio said.

Aguilar, meanwhile, asked the public to cooperate with the government's order of staying indoors to prevent the further spread of the virus.

Notably, based on the April 10 data of the Department of Health-Davao, 25 persons of those who were Covid-infected in Mindanao attended a cockderby on March 7, 10, and 12, at the New Davao Matina Gallera. (With reports from Jeepy C. Compio)