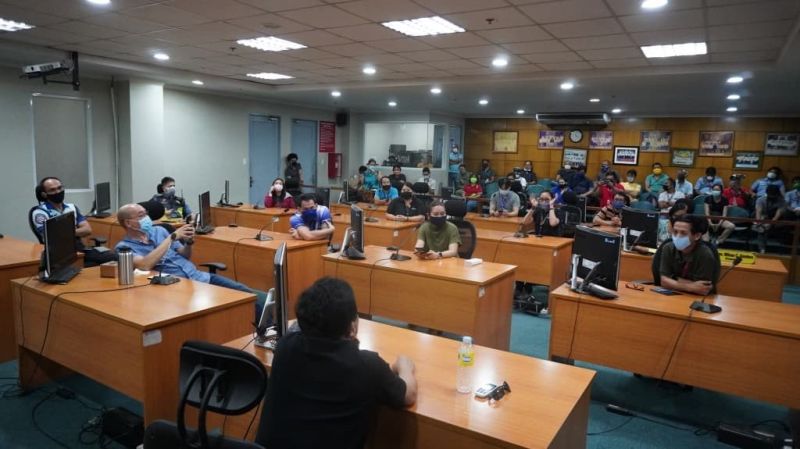 Councilor Dindo Ramos, chairperson of the committee on transportation, said they held a meeting with the LTO, Highway Patrol Group (HPG), and BPOs representative Wednesday along with Vice Mayor El Cid Familiaran to address the concern of the call center workers who were affected by the operation of the LTO in various areas of Bacolod since Monday.

Some call center workers were stranded and forced to walk from their offices so they can go home Wednesday after their contracted vehicles, which were provided by their companies, were arrested by the LTO.

Ramos said they asked the LTO and LTFRB to defer their apprehension until such time the van operators can comply with their requirements.

He said the LTO required them to have a special permit from the LTFRB.

“But how can they apply or process since they don’t have an office here (LTRFB)?” Ramos asked.

“The van operators can apply through internet, but we cannot immediately determine their action. We have a mandate to protect the interest of the City of Bacolod, we know that the BPOs have a big contribution to our city in terms of job generation among others so we have to act on it,” Ramos said.

He said they want to protect the safety of the BPO workers and they will not allow them just to walk from their offices or houses.

Ramos also urged the BPO companies to submit a request for a special authority to Mayor Evelio Leonardia to allow them to pick up their employees from their houses towards their offices so that they can determine the number of vehicles that will be allowed to travel during the strict implementation of enhance community quarantine in the city.

Familiaran was also dismayed and asked the explanation of LTO and HPG yesterday after some call center employees were forced to walk from their offices so they can go home.

Congressman Greg Gasataya also said that he also talked with the LTO-6 director Eric Tabaldo and they made some agreements so that the operations of the BPOs in Bacolod will not be hampered.

“I will coordinate with all the BPOs in the city on what we agreed upon,” he said.

He added that LTFRB-Western Visayas director Richard Osmena also committed to him that they will issue a special permit to vans for hire being contracted by the BPOs service providers for their employees within 24 hours from the time they apply online.