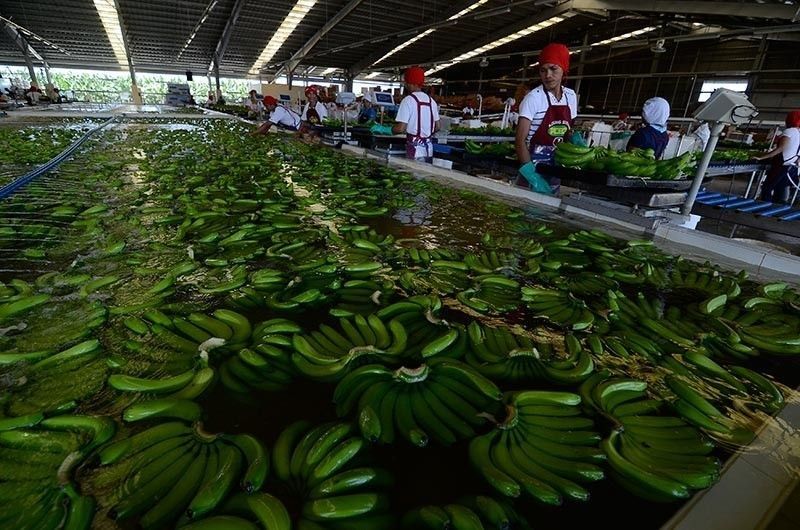 THE Cavendish banana industry reported a decline in the production and export for the first quarter of 2020, mainly caused by the ongoing struggle of the industry with Panama Disease.

“For the first three months of the year, the Cavendish banana industry is down 23 percent in volume versus the same time last year,” Pilipino Banana Growers and Exporters Association (PBGEA) president Alberto Bacani said.

Data from the Philippine Statistics Authority (PSA) revealed that in the period of January to March 2019, Davao Region exported about US$159 million worth of Cavendish bananas to China, $155 million in Japan, and $73 million in Korea.

“The overall volume is down so of course all markets were affected,” he said.

Bacani said the reduced export volume was due to the increased devastation of Panama Disease.

“It is hard to get the exact numbers but it is safe to say that the decrease in production is closely proportional to a decrease in hectarage. So you can say that the industry has lost about 15 to 20 percent of its productive hectares over the past three years due to Panama disease,” he said.

He said the challenge in battling the diseases remained to be the small banana growers’ lack of discipline in phytosanitary practices, the lack of funds to quarantine, and treat the disease as well as the absence of government support.

“We are currently planting the (Giant Cavendish Tissue Culture Variant) 218 variety that is tolerant to Panama disease and trying our best to educate growers of how to contain and treat the disease. But we need government support as well,” he said.

“We need research support, government testing labs to analyze soil samples to verify the presence of Panama disease, funding for 218 seedlings propagation and distribution to small growers, and information drive on how to control and contain the disease,” he added.

He said all of the research and application that allowed huge banana companies like Unifrutti and Dole to contain the disease in their respective plantations are funded by the industry players.

Meanwhile, Bacani also noted a slight increase of Cavendish banana exports to the Middle East and Iran compared to its performance in the same period last year.

“The only reason the [export to] Middle East increased is because Sumifru has been chartering spot vessels to Iran since January so aside from Unifrutti vessels, there is more space available going to Iran for other exporters,” he shared.

PBGEA executive director Stephen Antig also noted that most of the industry’s issues on the Enhanced Community Quarantine were immediately resolved with the continuous dialogue with concerned government agencies.

He said another challenge that the industry is facing is in competing with the prices of other Cavendish banana-producing countries, especially Ecuador, Vietnam, and Myanmar which also supply China.

“Dako kaayo ni nga challenge kay didto mupalit sa lain nasud especially kung pareho lang ang quality (It is a big challenge because our market would prefer to buy from others especially we have the same quality of bananas as they have),” he said.

However, he still hoped that the ECQ will not be further extended.