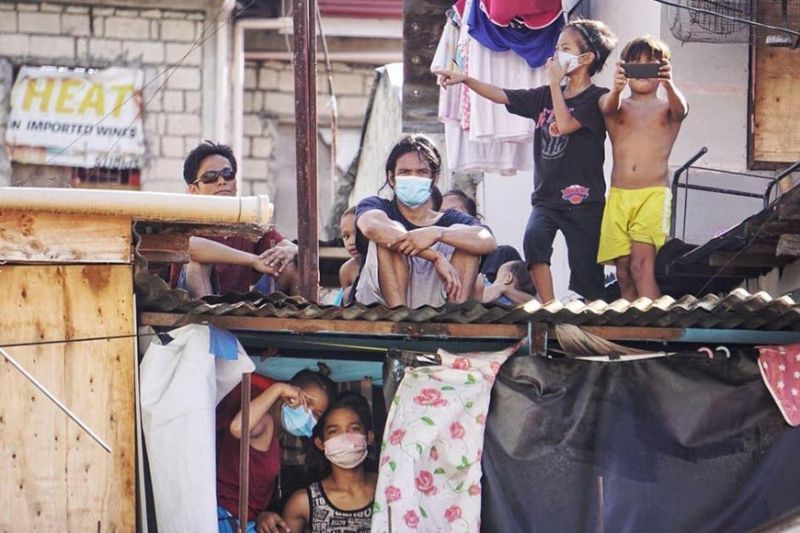 RESIDENTS of Sitio Zapatera in Barangay Luz cried foul over accusations from the public that most residents in the sitio are “hard-headed” and caused the fast spread of the virus in the area.

Reino Ventura, a resident of Sitio Zapatera, said the main reasons the virus spread fast are the poor housing planning of the area, some residents’ lack of awareness, and the limited supply of water in the sitio.

Ventura lamented that some people are “quick to judge, without even knowing what is really happening inside the sitio.”

Ventura, in an interview with SunStar Cebu, said the residents in the sitio have organized their own precautionary measures to combat the spread of the coronavirus disease (Covid-19).

He explained that there are 24 blocks inside the sitio and people are assigned in each block to call out those residents who are violating the orders of the Cebu City Government such as those who are not wearing face masks, not following the social distancing protocol, and those roaming around without any valid reason.

He said this initiative is on top of the effort made by the City and Luz Barangay officials.

He told SunStar Cebu that the residents created a chat group where photos of the violators will be posted.

“In our group, we send there photos of those violators and when we noticed that certain residents have been consecutively violated the orders, the person will be lectured for awareness,” said Ventura.

Of the around 9,000 residents in the sitio, Ventura said only 40 residents were reprimanded so far since they created the Facebook group on April 7-first day of the sitio’s lockdown.

Sitio Zapatera has been on lockdown since April 7 when the first patient was reported.

The groupchat which was created, aside from being used to call out violators, it is also used where residents can list all their needs so someone living outside the sitio can buy it for them, explaining that there are time the barangay officials tend to get busy and their needs are not delivered immediately.

“There are times when we made our request in the morning, but it was distributed to us in the evening because the officials came from a meeting,” said Ventura.

He suggested to the officials to acknowledge those people who may want to volunteer assigned to buy the needs of residents so it will be delivered immediately to them, especially that some residents in the area are in need of maintenance medicine.

Ventura admitted it “is painful” for residents in the sitio to hear unverified reports of people getting infected because they have a contact with the people from Sitio Zapatera, and other Facebook posts pertaining to Sitio Zapatera.

He said when the crisis is over, there should be someone liable to answer the discrimination the residents in the sitio are experiencing.

He also reminded the officials, both in the Barangay and in the City, that this “is the time to be apolitical.”