Who is the best player from Cebu to never make it to the PBA? 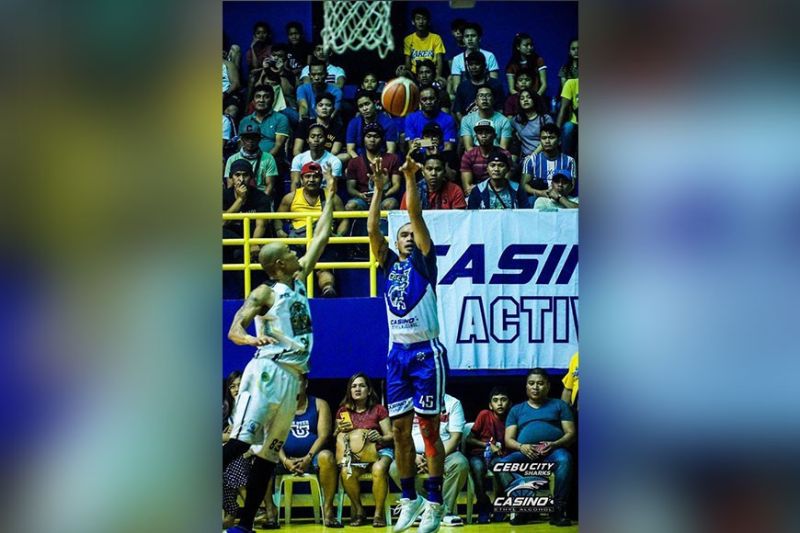 FOR every Cebuano basketball player that gets to play under the bright lights and on the big stage of the Philippine Basketball Association (PBA), there are those that had the requisite skill and talent but still never got to.

Whether it was because of injury or circumstance, these players are what most Cebuano basketball experts and pundits consider as the region’s biggest what-ifs. SunStar Cebu spoke to several basketball personalities and at the top of their list is none other than former University of the Visayas Green Lancers wingman Gayford Rodriguez.

A super-skilled 6-foot-3 left-handed wingman, Rodriguez was gifted with dazzling ball-handling skills, explosive athleticism and a feathery-soft touch from the perimeter, which he all used to help give UV and the commercial team M. Lhuillier-Cebu Niños numerous championships.

However, after graduating from UV in 2006 and then, suiting up for M. Lhuillier for several more seasons in the Liga Pilipinas, not much was heard about Rodriguez in the years that followed until he resurfaced and was selected 19th overall in the 2013 PBA Draft by Rain or Shine. However, he was not signed by the Elasto Painters and never got to play in the big league.

A few years later, he played for a season for the Manila Stars and the Cebu-Casino Ethyl Alcohol in the Maharlika Pilipinas Basketball League (MPBL) before eventually getting released from the roster.

Southwestern University-Phinma Cobras head coach Mike Reyes, a man who also coached Rodriguez during their M. Lhuillier days, said the latter could have been something special.

“He could do everything! He was scorer, inside and out, he could rebound both ways, he was a good passer and could play defense. Another asset of his was he was very coachable,” shared Reyes.

Jabby Bautista, the head coach of PAREF-Springdale and founder of the Metro Cebu Basketball League, said Rodriguez was a rare gem who could do it all on the basketball floor but couldn’t get out of his own way.

“Sayang mga opportunities na nabigay sa kanya. All was in his favor. He was a crafty lefty, deadly inside and out, pure shooting guard who could handle the ball like a point guard,” shared Bautista. “Decisions in life cost him. maybe walang naka-guide ng mabuti sa kanya before. Sayang ang talent.”

Bataan Risers point guard Joseph Airo Nalos believes Rodriguez could have been a big name in the PBA right now had he made it to the league.

Decorated commercial basketball coach Van Halen Parmis, who has had Rodriguez under his wing for several tournaments back in the day, likened Rodriguez’ skills to that of NBA legend Scottie Pippen.

“Rodriguez' style of play resembles that of Chicago Bulls small forward Scottie Pippen. Rodriguez is a multidimensional player, having trained his defensive and offensive skills to the highest level,” said Parmis.

Another Cebuano player that could have played in the PBA had it not been for injuries was two-time Cesafi MVP Enrico Llanto.

“If he was not injured which hindered his pro career, he would have been in the PBA like other Cebuano greats. He has the work ethic and the discipline but most importantly, he has a high IQ and understanding of the game,” said Rafael “Rocky” Alcoseba, who coached Llanto during his time playing for M. Lhuillier.

Cebuano basketball great Macmac Tallo agreed with Alcoseba’s assessment, saying, “Llanto was a two-time MVP. Should be in the PBA but because of that injury, nawala ang iyang dula.”

Former University of San Carlos great Niño Ramirez, however, had a surprising pick — Michael Mañigo — who the former’s father played with during the Cebu Gems days in the defunct Metropolitan Basketball Association.

“He was a complete point guard — he could do it all on offense and defense. He had court generalship and a super nice guy as well. So exciting to watch. He was my teammate for three years as well. The guy is so hardworking and so humble at the same time. If he went to the PBA, he could have been an all star for many years for sure.”