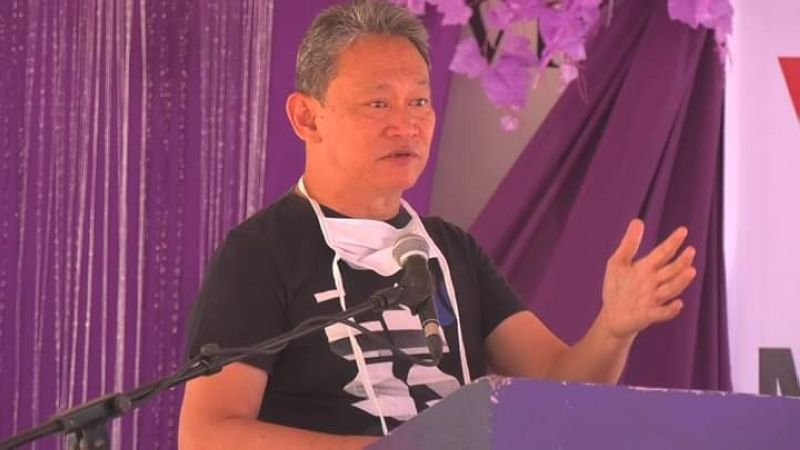 Emano said he will answer, in due time, all the criticism pertaining to the guidelines and the Provincial Government's measures to prevent the spread of Covid-19, particularly the issue of the travel pass, among others.

He added he cannot let people ridicule Calingasan's efforts to combat the pandemic as the chairman of the Provincial Task Force for Covid-19.

The provincial governor also expressed his gratitude to Calingasan for leading the task force in creating and implementing the guidelines to prevent the spread of the virus, comparing him to the city's task force chief, who, Emano thinks, is "very stupid and selfish."

"We are proud that our PHO is actually the one standing still and leading all of us while in the city there are one spokesperson, a doctor, a technical and I think the head of the task force which I think is very stupid and selfish," Emano said.

"We have a challenge because the mayor of Cagayan de Oro tries to destroy what has Dr. Calingasan is building. Again, I think he is just jealous, I believe. But Dr. Jerie Calingasan has been performing very well, and we will a little be more strict in implementing the guidelines," he added.

Moreno, for his part, said he will not be answering or countering the remarks as it is tiring, adding that what is important is the Department of Health.

He added that another thing of importance is to harmonize the conduct of the entry and exit checkpoints so the people won't have to be burdened by long lines and additional requirements.

"Wala ni paingnan kini. The people are suffering more than enough and they don't need this (political cockfight) during the time of crisis," Moreno said. (With Superbalita Cagayan de Oro)