EXPLAINER: Why Zapatera felt it was abandoned by DOH, rescued by Labella. Tests and tests required before deciding to end lockdown. 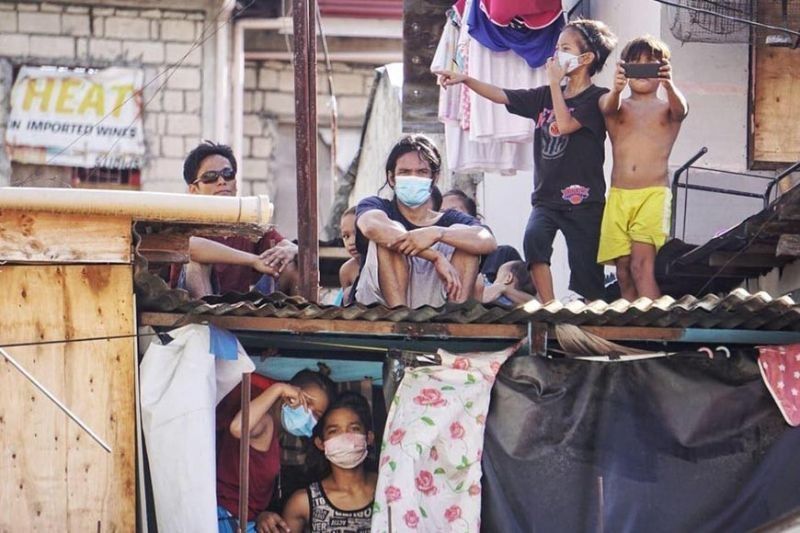 THE SITUATION. The national government may announce any day or hour the easing or lifting of the "enhanced community quarantine." Health experts have recommended a modified lockdown, keeping it only in Metro Manila, Calabarzon, and parts of Bulacan and in two urban centers of the south, Cebu City and Davao City. The experts consulted by President Rodrigo Duterte reportedly said the ECQ is "no longer needed" except in the mentioned areas.

In Cebu City, Mayor Edgardo Labella announced Wednesday afternoon, April 22, the extension of ECQ here until May 15, from the earlier April 28 expiry. More cautious, Cebu Governor Gwen Garcia's last word on going back to business was her curt statement during one of her briefings a week ago: "not in the near future," she said.

Are we ready even for which kind of reopening of business and resumption of activities shuttered by the lockdown? What would be the basis of their decision, other than the let's-tag-along mood of LGUs towards the national government?

People assume and hope the decision-makers know where they'd be leading us to when they, with or without the guidance of national government, ready or not, they'd take us out from the relative safety of our shelters.

It is crucial for our LGU and the nation's leaders to know and appreciate the standards for ending the lockdown. So far, the more practical standards are:

(a) reopening shall be done in areas where infection is nil or minimal (a rule of thumb: zero Covid-19 case in the two weeks preceding the lifting); and

(b) the people who are allowed to move around are free of the coronavirus or have safeguards against infection.

The problem in local communities, even in urban centers such as Cebu, is that LGUs don't have enough data to see if the standards are met. The fact is, we don't know the extent of the infection because we haven't had enough tests, far fewer than in the capital region where the number of tests is dismally low compared to those of most other Asian countries.

So, how did the experts Duterte have consulted know that most places in the country are ready and others are not for reopening? The daily keeping count of who are positive, negative, and monitored does not tell us the extent of the infection in the country or community.

When sitio Zapatera was locked down on April 12, which was intensified on April 17, it was the tests that rang alarm bells. The Department of Health announced they had enough of samples and lab results to say the "entire Zapatera" was "infected." No need for more testing, DOH said.

A number of residents felt they were singled out, then left to fend for themselves. They saw the end to testing as an act of converting the entire Zapatera an isolation area, which they know wouldn't do because of the congestion and other poor living conditions of the sitio. The following day, Mayor Labella, playing the savior's role, reversed the DOH move.

It is not known if the tests have indeed continued and those found positive are being moved to an isolation facility where they can cause no infection and will be treated. If they have and they are, DOH people and Zapatera folk provide an example of benefits from the World Health Organization shout-out for "tests, tests, tests."

But tests cost a lot of money and the government still has to commit more funds for it. The Philippines can only meet a fraction of the ideally required tests. The talked-about option of "throwing money at the problem or throwing bodies at the problem" is morbid but is not far-fetched in a worst-case scenario.

The decision to lift the lockdown may have to rest on the inadequate numbers of DOH, anecdotal reports of the situation in barangays and the good sense of political leaders.

Without much wider and multiple tests -- which would segregate the Covid-positives from the healthy and the virus-struck areas from those that are virus-free -- governors and mayors, all the way up to the Inter-agency Task Force on Emerging Infectious Diseases and the president, would be flying partly blind as they decide on shuttering and reopening.

Experts have warned on the feared cycle of lockdown, lift, then lockdown again each time a new wave of the disease would come. What kind of battering would that inflict on the economy and people's lives?