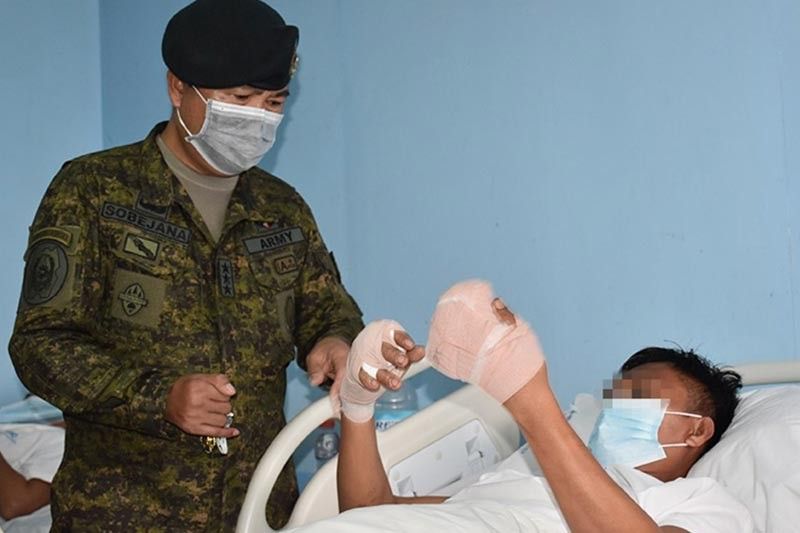 FIVE soldiers, including a junior officer, were awarded a medal Friday, April 24, by the Armed Forces’ Western Mindanao Command (Westmincom) for gallantry in the fight against the Abu Sayyaf bandits in Sulu.

All except Rebotaso belong to the Army’s 45th Infantry Battalion who clashed against Abu Sayyaf bandits on Wednesday in Latih village in Patikul, Sulu.

The clash resulted to the death of six Abu Sayyaf bandits while eight soldiers were injured.

Rebotaso, who belongs to the 15th Scout Ranger Company, Fifth Scout Ranger Battalion, was wounded during a clash against less 40 Abu Sayyaf bandits on February 23, 2020 in Bakong village, Patikul.

Rebotaso was one of the two soldiers who were injured during the clash that resulted to the death of two ASG bandits, including a mid-level leader.

Lieutenant General Cirilito Sobejana, commander of Westmincom, who led the awarding of medal has commended the awardees for their exemplary performance as defenders of peace.

Sobejana also handed over cash incentive to the recipients of the award, the ceremony of which was held at Camp Navarro General Hospital, the military’s medical facility in this city.

“Let us continually live up to our best services and be an inspiration to our fellow Filipinos,” Sobejana added.

He was assisted during the ceremony by Brigadier General Camilo Balutan, Westmincom deputy commander for operation, and Colonel Leonardo Peña, Westmincom’s chief of unified command staff, and other staff. (SunStar Zamboanga)