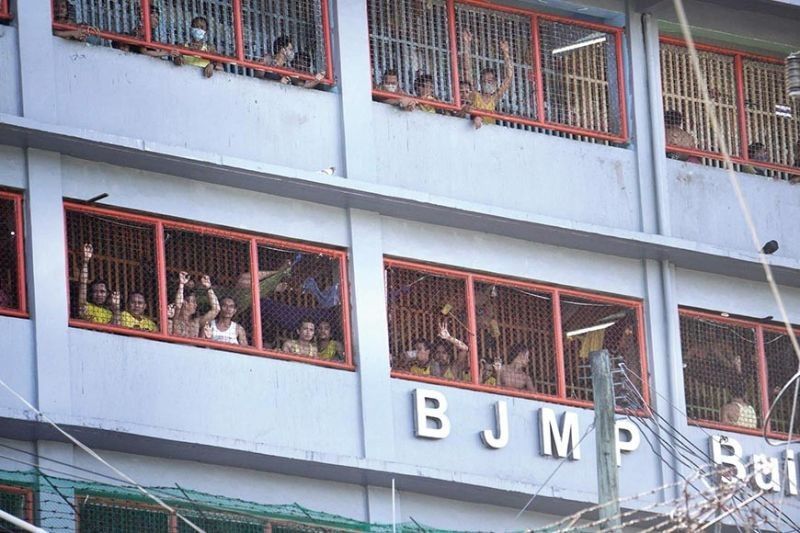 Villa said the virus has now infected 207 inmates. That brings the total number of Covid-19 patients in Cebu City to 411 with six deaths.

The city health official said the new recorded cases are from the 150 swab samples taken from inmates who have influenza-like illness and who shared the cell with the first inmate who tested positive for the disease.

She said the Covid-19 inmates are housed in a new building at the facility. Those with mild symptoms have already been treated, she said.

Villa said they will gather more swab samples from inmates next week.

In just six days, the number of inmates who tested positive has breached 200.

The first Covid-19 inmate was a 41-year-old man who was rushed to the hospital on April 18 after he had difficulty breathing. He died later that day, hours before his test results came out positive on April 19.

As of Saturday, April 25, the country had 7,294 Covid-19 patients after the Department of Health (DOH) reported 102 new cases in just over the last 24 hours.

The health department also said 30 more patients have recovered from the disease, which brings the total number of recoveries to 792.

In the Western Pacific Region, the Philippines ranks fifth in total cases after China, Japan, Singapore and South Korea.

Meanwhile, the DOH reported that the South Korean government donated 700 Covid-19 test kits worth US$500,000, or P25 million, to the country.

According to DOH, the test kits can conduct 35,000 tests and aid the Philippine government in its effort to expand testing capacity.

The test kits arrived in the country on Friday, April 24, and will be delivered to the Research Institute for Tropical Medicine and other subnational laboratories.

“The provision of these test kits will be instrumental in the country’s war against Covid-19. I am thankful to the Republic of Korea for its unending support,” Duque said.

“Only through international solidarity and cooperation like this will we be able to succeed against this global enemy,” he added.

The Korean government earlier pledged that it would share relevant clinical data and treatment experience with the international community to contain Covid-19.

South Korean has also donated a total of 950 metric tons of rice, which was received by the Department of Agriculture last Friday. (JJL, HDT, SunStar Philippines)