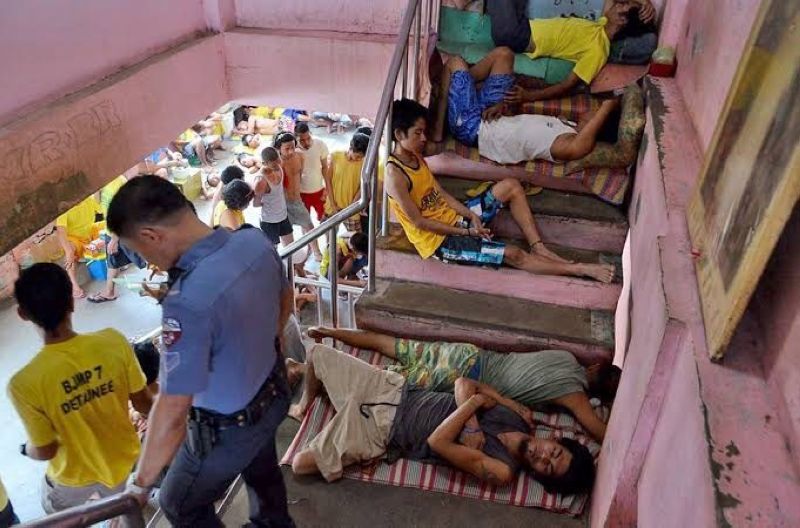 DID a jail officer bring the new coronavirus to the Cebu City Jail and infect close to 200 detained in the facility?

Cebu City Health Department (CCHD) head Dr. Daisy Villa believes that a jail officer may have served as the “Patient Zero” that brought Covid-19 to the city jail last week.

Villa disclosed that she immediately ordered the swab testing of all jail officers at the CCJ after she discovered that one of the eight patients that came out Covid-19 positive last April 17, 2020 was a lady jail officer.

The lady jail officer was a resident of Katipunan St, Barangay Labangon when she and another resident living in the village were found to be positive of Covid-19.

After the swab test conducted on the 18 jail officers at the CCJ, one turned out to be positive of Covid-19, Villa said.

But though the female jail officer that got Covid-19 first didn’t go to the CCJ’s male dorm, one of her colleagues who came in contact with her did.

In just six days, the inmates who got infected surpassed 200.

“We can see that the infection easily spreads there (in jail facility),” Villa added.

Villa also said continuous swab testing and isolating the infected inmates is the measure both the CCHD and the Bureau of Jail Management and Penology (BJMP) can do for now.

Cebu City Jail currently has 6,582 inmates but it was designed to accommodate only up to 1,500 inmates.

In Mandaue City, jail officials believe that the detainee of its city jail who became their first Covid-19 case may have gotten the virus just before they implemented a lockdown last month.

Jail Senior Insp. Jay Ylanan, BJMP 7’s Health Service Division chief, believes that the lack of testing kits available may have contributed to the failure to detect the entry of Covid-19 at the Mandaue City Jail.

“It could have been that someone carrying the virus but was asymptomatic had entered the jail and had started spreading it without him knowing it,” Ylanan told SunStar Cebu.

Jail officials initiated a lockdown of the facility on March 14 as a precautionary measure to prevent those carrying the virus from entering and spreading it to the detainees.

The lockdown meant that aside from detainees having their visitation benefits suspended, even jail personnel were not allowed to go home.

But after one of their inmates, a 24-year-old man, was found positive of Covid-19, jail officials immediately ordered that 33 of his cellmates be isolated as they are suspected of carrying the virus.

The 33 cellmates were also swabbed to determine if they also have the virus, Ylanan added.

The jail’s first Covid-19 case had been detained at the jail since August last year.

He was brought to the Vicente Sotto Memorial Medical Center (VSMMC) after complaining of shortness of breath and edema or swelling in some parts of his body.

While staying at the VSMMC, a swab test was conducted on the inmate.

The swab test results showed that he was infected with Covid-19.

Though the Mandaue City Jail is strict in the implementation of its complete lockdown, Ylanan said even if they want to refuse entry to newly committed detainees to prevent Covid-19 from entering the facility, they cannot do so if the detainee’s entry has been ordered by the court. (JJL, KFD)