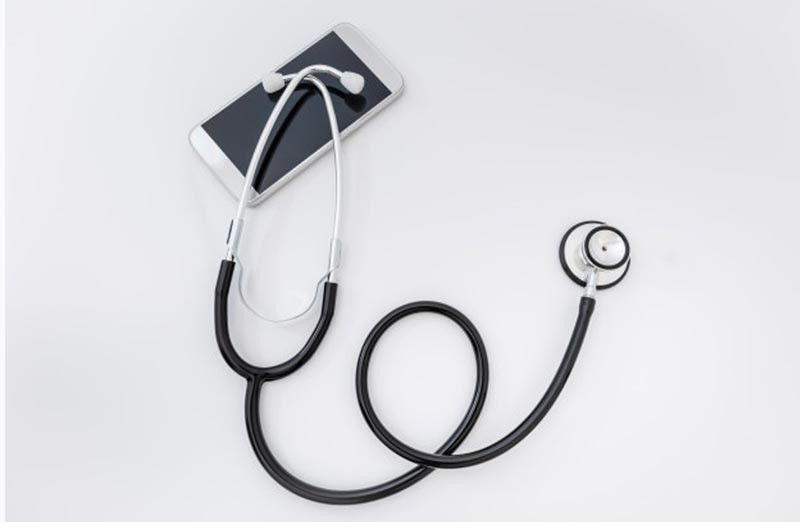 DAVAO. Through 911 Telemedicine, Dabawenyos will still be able to get medical consultations from volunteer doctors through 911. Since the medical hotline started on March 21, they have been receiving an average 200 phone calls per day. (Photo from Freepik) 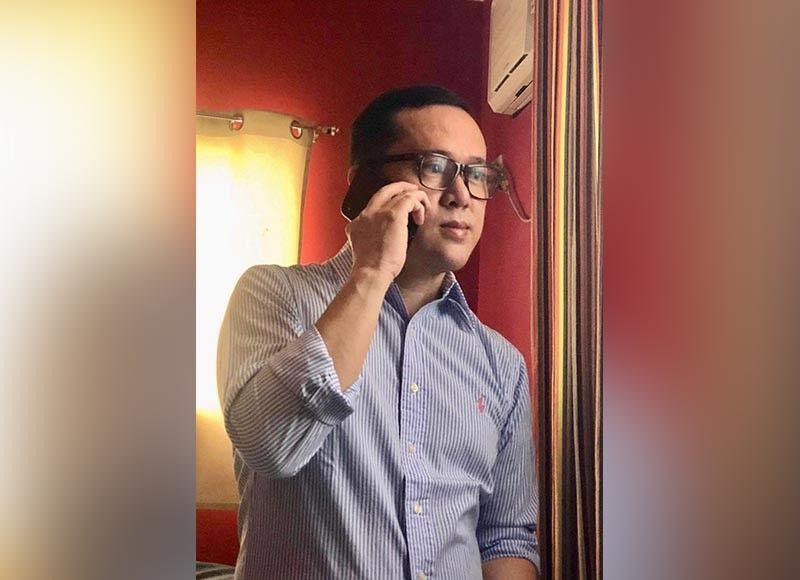 THE turmoil caused by the novel coronavirus disease (Covid-19) did not only caused a medical shakedown in the entire world, it had also resulted in a forced shift to a new norm no one anticipated.

Not for long, Covid-19 would later on reach the Philippines late February 2020. Causing an unforeseen escalation in cases, a state of public health emergency was declared, which would soon result in a forced standstill and mandatory home isolation, paralyzing the normalcy we used to have.

Davao City Mayor Sara Duterte-Carpio, as early as February, already warned and prepared for the "reality" that the Covid-19 would soon reach the city.

That "reality" was already evident when the Department of Health (DOH) already reported confirmed cases in Davao Region.

As a result, the mayor ordered the suspension of some offices and establishments. Mass transportations were also limited to prevent people from moving elsewhere, as everyone is now tagged as a possible carrier of the SARS-CoV-2, the coronavirus that causes Covid-19.

Dr. Anthony Tesoro already saw the impact a community quarantine would have, since it would deprive people of access to health care service as clinics and hospitals are hotspots for transmission.

"At that time, patients who already acquired the virus, without them knowing it, are still able to roam around. Some of them might have even visited some of our hospitals here," Tesoro said.

The fear of some patients contracting the virus might hinder them from going to their checkup since they would be forced to travel just to see a doctor for minor health issues and concerns.

This led him to propose to the city mayor a solution for the continuous delivery of healthcare services through minimal personal contact by means of telephone medicine or telemedicine.

Tesoro saw telemedicine as a solution to ensure people would still have access to health care without having to risk the lives of both patient and the doctor.

"Since the majority of our patients who are regularly attending medical checkups are those riding in mass transportations such as jeepneys, there's a huge chance of the virus transmission," he said.

Currently, telemedicine in the country is still at its infancy stage as it was only rapidly adopted by DOH and the National Privacy Commission as an alternative medical approach following the Covid-19 outbreak. Although a legal framework has yet to be formalized.

But in other Covid-infected countries such as South Korea, it was a viable solution.

The concept of telemedicine, in fact, has been practiced in the United States more than 50 years ago, which aims to reach patients in remote locations.

With the rise of the Internet and cellular phones, telemedicine had also expanded its horizon of delivering remote healthcare to patients in their homes, either via call or video conferencing.

The city would later on adopt this medical measure through Executive Order (EO) 20 signed by Duterte-Carpio on March 23. The order authorizes telemedicine doctors to issue prescriptions to patients through a text message from 911, which patients would present when buying medicines from pharmacies.

Under Section 19 (a), all pharmacies and drugstores are requested to accept prescriptions through text.

Also, Section 19 (b) provides that in the absence of a doctor’s prescription, both stores are requested to allow senior citizens or their duly authorized representatives to avail of their senior citizens’ discount with the presentation of only their purchase orders/booklets and senior citizens’ ID.

At first, Duterte-Carpio received complaints that not all text prescriptions from 911 are being accepted at pharmacies. It was then settled in the following days after the City Government sent the EO to all pharmacies within the city.

Tesoro personally requested the mayor to have 911 as an accessible hotline for the telemedicine.

Although he was uncertain at first since the hotline is for emergencies and disasters.

The Davao City Central 911, upon the mayor's approval, gave six phone lines for the telemedicine, wherein operators would link up the calling patients to the volunteer doctors.

Tesoro would then be appointed as in-charge of the telemedicine.

Currently, he said the medical phone consultation has some 120 doctors who are ready to take calls from 8 a.m. to 6 p.m.

"Before I went to propose the telemedicine to Mayor Sara, I secured the manpower for the center's operation," Tesoro shared.

He contacted a group of doctors from different medical expertise in the city, from internal medicine to pediatrics. Admittedly, he was uncertain if they would respond. But, surprisingly all of them heeded to his call, and committed.

"Voluntary doctors are doing it (telemedicine) for free. It is our way of helping Dabawenyos during this crisis," Tesoro admitted.

Comprising the roster are approximately 80 internal medicine doctors, while the remaining are pediatricians, dentists, and other specialists.

They only cater consultation and prescription on mild cases. They would immediately refer it to 911 if the situation would deem it an emergency situation.

Telemedicine doctors are not in a call center setup as they cater forwarded phone calls at their own convenient time and place.

Since the medical hotline started on March 21, they have been receiving an average 200 phone calls per day. Tesoro said most callers seek pediatric consultation.

In most cases, Tesoro said telemedicine is beneficial since it is free, accessible, and convenient for patients. For doctors, there's no risk of getting infected since there is no physical contact.

But, not having a physical examination can also be a con since in some cases, physical check-up is still required.

"That is why we would rely on the patient to give us details on their condition," he said. But even in physical examination, some patients do not disclose some details of their condition, which results in some doctors getting infected with Covid-19.

Initially, they were supposed to serve for two weeks. But since the ECQ was extended until May 15, they also extended their service.

"When the ECQ was extended for a few weeks, I personally told them and that I no longer oblige them to finish the ECQ duration. Surprisingly, all of them intended to continue serving until everything goes back to normal," he revealed.

Ylana Balana, a registered social worker and full time mom, shared that one time, her baby had a recurring seizure. She made the call at around 10 p.m. way beyond from the telemedicine hours. Surprisingly, she got through and she was still entertained. She was emotional when she made the call.

"I couldn't help myself with all the stress and sleepless nights and anxiety," she said, while the doctor, at that time, had also comforted her, and stress debriefed her at the same time.

Since 2018, her baby has been maintaining three medications a day for almost a year now. The pediatrician had advised her to immediately bring her baby to the hospital.

The doctor, however, cannot give any prescription since only their pediatric neuro has her baby's medical history, she said.

She was thankful to 911 for taking the call. They even offered an ambulance to her residence, but she politely refused as she can manage to bring her baby herself. She said this is also not to add hassle to them since she knows that ambulances are for patients with severe conditions.

College instructor Derf Maiz was also one of those who availed the telemedicine service, after struggling to get a doctor's appointment at that time for his youngest son.

He was able to get through when he called during a peak hour.

"The attending physician did a thorough interview and I mentioned the lab test results. Physician instructed me to take a photo of the patient and send it to her Messenger," Maiz narrated his experience, saying that it is faster than actually going to an actual hospital.

According to initial findings, he said his son's on-and-off fever was suspected to be measles, but has already recovered.

Radio anchor Mike Pasco was also one of those who availed of the telemedicine. He called 911 after experiencing a hard cough for a week. He was personally worried that he manifested Covid-19 symptoms since before his work mandated a work-from-home setup, he had been commuting.

"The doctors ruled out that as non-Covid. More of a viral infection, but thank God, it's all gone after following the prescription. I'm thankful that my worries are gone and I don’t need to exert effort to go to the doctor just to have a checkup," Pasco said.

But some, like Racquel, not her real name, had a hard time getting a consultation through telemedicine.

She availed telemedicine after having a problem with her wisdom tooth. Strangely, she said that most dentists she went to are closed, while hospital appointment was a struggle.

She got through with the first call, but the dentist on call was not available. The following day, she struggled to get through ever since.

"I wish this ECQ would soon be over. I can't bear the pain of my tooth," she shared.

Tesoro, meanwhile, said while they have no issue with the manpower, the allotted phone line is not enough to cater a large traffic of incoming phone calls.

He said there are expansion and upgrading plans for Central 911, which was revealed to him by 911 chief Emmanuel Jaldon, but because of the Covid-pandemic, it was put on hold.

"For now, they cannot address it since they were not able to anticipate a huge volume of telemedicine callers. That is why we ask for your understanding," Tesoro said.

In response to the Covid-19 pandemic, other institutions such as the Southern Philippines Medical Center (SPMC) Department of Dermatology had also opened its online consultation for skin-related concerns.

Other local government units (LGUs) such as the province of Davao de Oro had also launched its online and text messaging platform, Call DdOc, for those seeking medical help amid Covid-pandemic.

Tesoro could proudly say that despite being abruptly implemented, 911's Telemedicine was a success because of its facilities.

Although there is no telling when this new normal would come, Tesoro cannot tell much of the 911 Telemedicine's future once the enhanced community quarantine will be lifted.

For as long as the circumstances would call for it, as health workers’ with their sworn commitment, they would continue when the public still needs them.