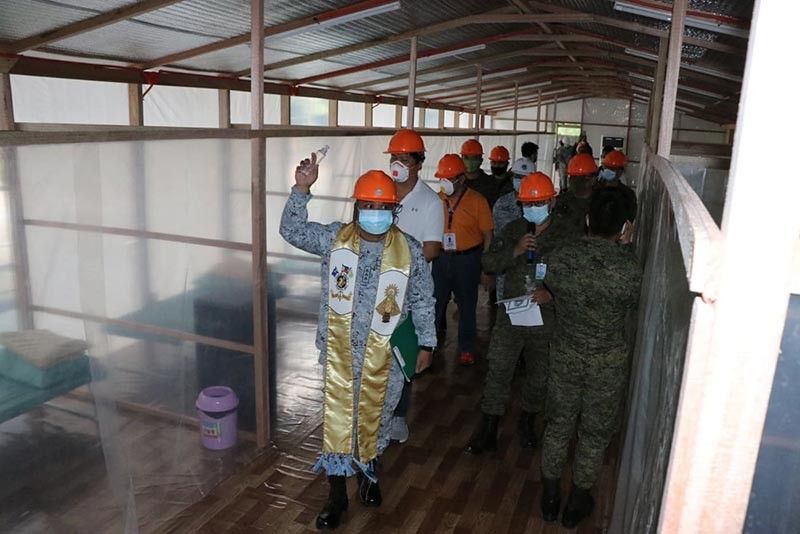 A 15-BED Emergency Quarantine Facility at Naval Station Felix Apolinario (NSFA) Panacan, Davao City is ready to accommodate patients who need to undergo quarantine, or on their way to recovery from coronavirus disease (Covid-19).

The facility was completed after two weeks of 24/7 construction work through the support of a private corporation.

"The construction of the 15-bed EQF which is in support of the national effort to prevent the spread of the coronavirus disease (Covid-19) was financed by San Miguel Corporation (SMC)," Balagtey said.

"The EQF was designed as a 'stepdown' facility to declog Covid hospitals and institutions in Davao City and Davao Region that are at maximum capacity and provide a proper facility for patients," Balagtey said.

As of 5 p.m. of April 26, the Department of Health (DOH)-Davao reported four new cases of Covid-19 coming from Davao City, bringing the total number of cases in the region to 124.

Meanwhile, construction works of a 25-bed EQF in the Southern Philippines Medical Center (SPMC) in Davao City are being conducted by the Tactical Operations Wing, Eastern Mindanao under Colonel Dennis Estrella, and 534th Army Engineering Battalion.

Balagtey said that as of Monday, April 27, the construction is 70 percent complete and expected to be accomplished before the end of the month.

The project was in collaboration with WTA Architecture/DEQA Design Collaborative and sponsored by A Generous Davao (AGD).

Michelle Seng Ang of AGD, on her Facebook post, said the facility is located on the grounds of the hospital's tennis court (beside the covered basketball court) designed to help SPMC frontliners.

"We are almost at the halfway mark! Many thanks to our team of medical and construction consultants, our donors, suppliers, supporters (many of whom play all of these roles in one), and most especially to our Army and Air Force volunteers on site for making this a reality," Ang said.